Strict lockdown is in place in Shanghai, China, robots are patrolling to monitor the Kovid protocol
Advertisement 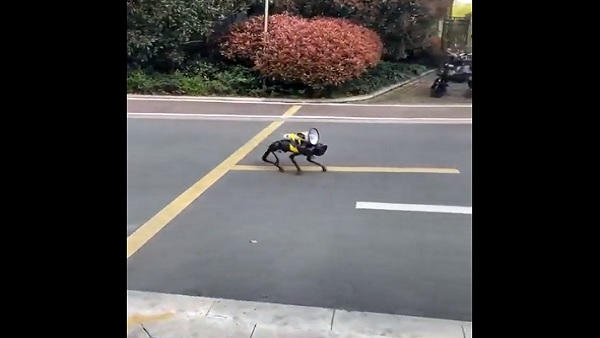 Robots patrolling the streets of Shanghai

Strict lockdown is being followed in Shanghai and for this the administration has started patrolling the streets. By the way, the whole world has seen China’s Kovid policy during the entire Corona period, what strict steps China can take to eliminate Corona, everyone has seen it, but in the meantime robots are patrolling the streets of Shanghai. .

A video has surfaced on social media, which has been shared by a Chinese official. In this video a four-legged robot is making some announcements related to Kovid on the streets of Shanghai. Sharing this video, the official wrote, “Robot roaming the streets and making health announcements in Shanghai during the lockdown.”

Public transport is closed in Shanghai

Let us tell you that a strict lockdown has been announced 3-4 days ago in Shanghai city of China. The government has completely banned public transport in Shanghai. Apart from this, firms, companies and factories have also been closed. Work in factories has also been stopped.

America angry with India’s talks with Russia, said- it is very disappointing