Strict rules in Rajasthan Constable Recruitment Exam, forbidden to come with henna-ink in hand, police and jammers inside the center
Advertisement 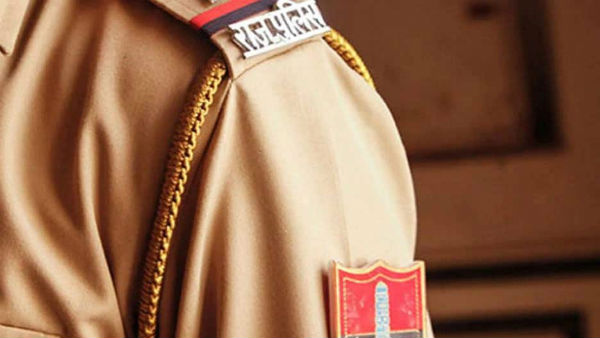 New Delhi, 16 May. There are often reports of rigging, paper leaks, copying etc. in competitive examinations, due to which the state government and the examination conducting body are criticized. This is the reason that the rules have been made very strict for the contestants appearing in the exam. The examination of constable recruitment in Rajasthan began on Friday amid tight security. During this, students were not allowed to enter the examination hall wearing a metal cap, even the condition of full sleeves. There was a lot of resentment among the contestants about this.

A student told that we were not allowed to enter the examination hall wearing full sleeve shirts. Policemen with sticks were present outside the examination hall. Let us inform that this year the constable recruitment examination will be completed in four days, for which 470 centers have been set up, in which about 19 lakh candidates are taking part. People have not yet forgotten the sting operation during the REET exam last year, due to which this time the exam is being conducted under strict vigil, so that the paper can be saved from leaking.

This time the students appearing for the exam were asked not to come with pre-determined restricted items. This time metal detector system, biometric identification system has been installed outside every center to reach the examination hall. Not only this, jammers have been installed to turn off the signal of the phone. Under any circumstances, the government does not want to allow any kind of disturbances in the examination once again.

Let us inform that during the REET exam in the month of September last year, it was found that the paper was leaked two days before the exam and was sold for one crore rupees. Despite the government shutting down Internet services in several parts to prevent copying, the paper was leaked, due to which the government was badly hit. The Congress government also had to face a lot of embarrassment. After which Ashok Gehlot sacked the chairman of Rajasthan Board of Secondary Education.

The important thing is that those who were involved in leaking the paper turned out to be government employees. These people were also entrusted with the responsibility of conducting the examination by RBSE. For this reason, this time the policemen have been allowed to enter the examination hall as well. He will be present outside the examination center as well as inside. Girls have been instructed not to come with henna or ink on their hands.

Good news: Mega job fair organized on Monday, more than 40 companies are participating, take these documents with you