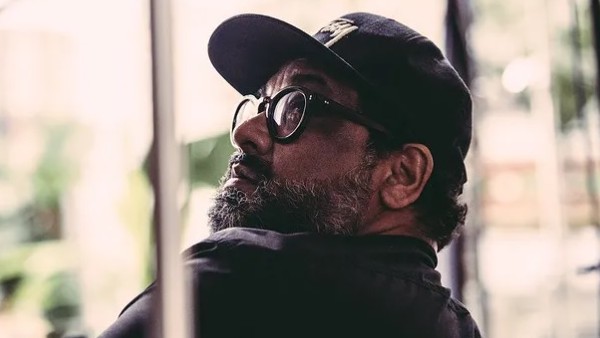 Joseph Patel, one of the producers of

Summer of Soul
(…Or, When The Revolution Could Not Be Televised), has slammed both Will Smith and Chris Rock for ruining the film’s beautiful moment at the Academy Awards with their altercation just before the documentary won the Oscar. The Indian-American producer posted a thread on Twitter to explain his take on the incident in which Smith hastened to stage and slapped Rock for cracking a joke about wife Jada Pinkett Smith, moments before Patel and film’s team collected their Oscar trophy.

“Ok, here we go with some thoughts and feelings on what happened Sunday night, ‘the Slap’, if you will,” the producer said, thanking friends and well wishers for showing their “love and support and genuine excitement”.

“It’s taken me a few days to process everything. Still sort of processing it. Once we realized the Chris Rock/Will Smith interaction wasn’t a bit, everything got turned upside down. Everyone was still trying to make sense of it when Chris Persevered & started to read the nominees,” Patel said.

Summer Of Soul is directed by the Roots frontman Ahmir Thompson, best known by his stage name Questlove. For the film, Thompson arranged the never-seen-before archival footage of the 1969 Harlem Cultural Festival that celebrated African American music and culture, and promoted Black pride and unity. Patel backed the movie along with producers Robert Fyvolent and David Dinerstein.

Clarifying that he was speaking for himself and not the producers or the director, Patel said Smith was “selfish” and robbed the best documentary feature category of its moment as well as that of other movies that won awards on Sunday night. He also criticized Rock for lumping the three producers as “4 white guys”, when he was actually the third Asian American to win the Oscar trophy that night after actor Riz Ahmed and Aneil Karia’s win for the short

“I think what Will did was selfish. It robbed the category of its moment. It robbed the other excellent and amazing films of their moment to be acknowledged in what was a STRONG year for docs. And it robbed ‘Summer of Soul’ and our team of our moment. Of a loud, enthusiastic cheer for a celebrated film. I feel bad for Ahmir. I feel bad for my fellow producers. I feel bad for our whole team. I feel bad for all the people watching and rooting for us . We were in shock walking to the stage -not because of winning but because we, too, were still trying to make sense of what happened,” Patel recounted.
The producer said he was still in shock and did not know what was happening at the moment but praised Thompson for handling the situation with “grace” through his heartfelt acceptance speech.

“What I didn’t hear in that moment walking to stage but was told of afterwards is what Chris Rock said when reading our name from the winner’s card – The winner is ‘Summer of Soul… Ahmir ‘Questlove’ Thompson and.. . 4 white guys.’ WHAT IN THE ACTUAL F***?????” “The reason that makes me SO VERY ANGRY is because I was so proud to be one of a handful of South Asians to have ever won an Oscar in the history of the award. I was ecstatic that I was the third South Asian to win that night – after Riz and Aneil Karia won earlier in the night for ‘The Long Goodbye’. Three South Asians winning on the same night – that’s never happened before! And it’s meaningful! It’s history!” Patel said it was inaccurate to call them “four white guys” when they were three and disrespectful to be lumped together without their names being acknowledged.

“I’m a big boy – I can take a joke. Comedians make jokes. But not in that moment. What as*****, disrespectful thing to do. AND HERE’S THE THING…It wasn’t that Chris Rock was under stress. He made the same joke the night before on stage at the Roots Jam! “So I’m angry. Angry at Will Smith. Angry at Chris Rock. Angry for me. Angry for Ahmir. Angry for my fellow filmmakers,” Patel said, adding that he will never watch the ceremony again.

The producer expressed hope that over time, they would be able to separate their achievement from what happened during the ceremony. “I never need a statue to tell me how nice I am – but it sure helps. And what both Will AND Chris did really stained what should have been a beautiful moment for us (sic),” Patel said, ending his thread.

Varun Dhawan and Janhvi Kapoor’s European romance will create a ruckus in Paris, know the details of Nitesh Tiwari’s film