'Superstar Yash himself has written most of his dialogues in KGF: Chapter 2', reveals director
Advertisement 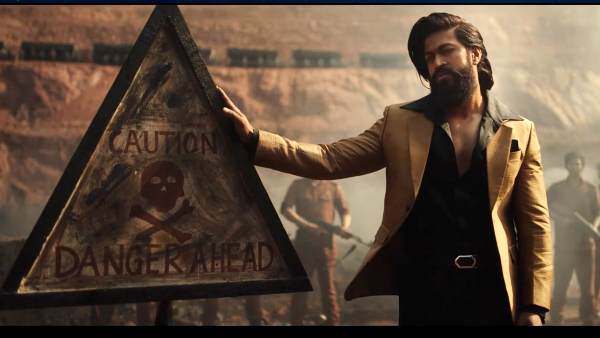 Recently, the banging trailer of ‘KGF: Chapter 2’ was launched in Bangalore, where the cast of the film shared their experiences of working in the film. Let us tell you, ‘KGF: Chapter 2’ has broken another record with its trailer which has seen more than 109 million views within 24 hours.

After seeing the amazing cinematography, explosive action and skillful direction shown in the film, the audience is seeing amazing craze about the film. The stellar performances by the film’s cast including Sanjay Dutt and Raveena Tandon are being praised.

Rocking Star Yash’s fans have created a flutter on social media with their overwhelming response to the larger than life character of Rocky, especially the punchy dialogues that are effortlessly delivered by Yash. In such a situation, director Prashanth Neel at the trailer launch revealed that Yash himself has scripted a major portion of his dialogues in this sequel.

Well, Chapter 1 was a fears combination with an exciting story, mind blowing action sequences, peppy soundtrack and stellar performances. At the same time, with the addition of Sanjay Dutt, Raveena Tandon in its stellar cast, KGF Chapter 2 is definitely ready to break all the records set by Chapter 1.

KGF: Chapter 2 is written and directed by Prashanth Neel to release nationwide on April 14, 2022 in Kannada, Telugu, Hindi, Tamil and Malayalam. It is produced by Vijay Kiragandur under the banner Hombale Films. One of the emerging pan India production houses, Hombale Films is all set to showcase some of the biggest films in Indian cinema over the next two years, including the much-awaited film ‘Saalar’ starring Prabhas.

The film is being presented in North-Indian markets by Ritesh Sidhwani and Farhan Akhtar’s Excel Entertainment and AA Films.