Taapsee Pannu's shocking reaction on 'The Kashmir Files', 'Such a film can't be bad'
Advertisement 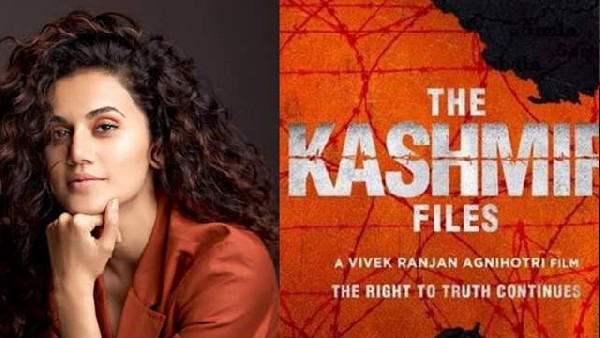 Taapsee Pannu recently commented on the success of ‘The Kashmir Files‘ at the box office and said that if a small budget can make a big number, then it cannot be called a bad film. Taapsee Pannu was talking during this ABP summit. She said, “I look at numbers. I’m an optimistic personality. That’s why I see the glass as half full most of the time. Whatever the reason, it happened. The fact is that it happened.”

Taapsee Pannu said about Kashmir Files, “If a small film like this can make such numbers then it can’t be a bad film. You can question people’s intentions, means and all that. .

It is subjective. You have the right. Have an opinion. But the fact is it’s good so it’s finally going to last longer. This may not be a bad film to have in the long run. That’s the fact.”

Continuing its successful run at the box office, Vivek Agnihotri’s recent release ‘The Kashmir Files’ has crossed the coveted Rs 200 crore mark and is going strong.

The film gave a strong run for the money to other films that were released in theaters thereafter. Talking about the film, there are constant controversies about it and two opinions of the people are coming out.