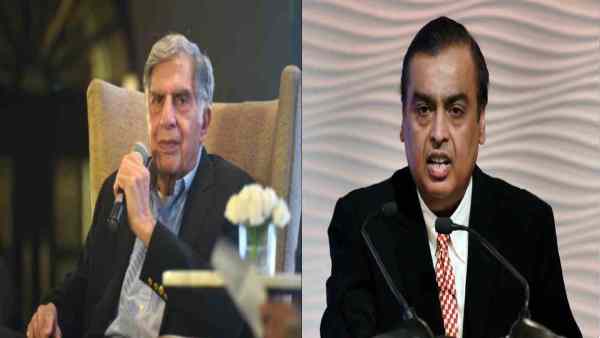 Tata started preparations for the great match with Ambani

According to a Bloomberg report, Tata has started preparing for a big competition against the consumer brand with already established big players in the sector, such as Mukesh Ambani’s Reliance Industries and international brand Unilever. Tata Consumer Products Ltd, the food and beverage arm of the USD 10,300-million Indian conglomerate, is in talks to buy five brands from the country’s competitive consumer goods sector and has high hopes.

Sunil D’Souza, CEO, Tata Consumer Products, has said in an interview that a “significant amount” will be raised through inorganic expansion for the company’s future growth. He has said that serious talks are going on with several companies. However, he declined to point to those potential companies. However, he has said that talks are on with those companies where good valuations are expected. This Tata company sells Tata Tea and Eight O’Clock Coffee. D’Souza said, ‘We are reaching out to the possible targets, whom they will be interested in talking to. ,

This Tata company was established in 2020 in Tata’s 153-year-old business empire. Since then, it has expanded its portfolio by buying stake in several companies, including bottled water company Narishco Beverages Ltd. and cereal brand Soulful. D’Souza said about the potential target of the consumer brand, “There are companies where valuations are high, but looking at the macro environment, liquidity, looking at other things, I think they will become more affordable.”

But this competition is not going to be easy for the Tata Group in the consumer brand market. In front of him is the global giant brand Unilever and also Mukesh Ambani’s giant company Reliance Industries. Both of them are veteran and established players in this field. According to a Reuters report, Reliance is working on a plan to acquire 60 small grocery and home consumer brands within six months. Reliance is working on the consumer goods business and for this it has prepared a plan to buy dozens of grocery and non-food brands.

Big step in the current situation

This plan of expansion of its business in the Tata Group has been prepared at a time when the Russian-Ukraine war is causing inflation, the government has to stop the export of cereals like wheat and due to the disruption of the supply chain. Due to this the input prices of consumer goods companies have increased. Unilever’s Indian units, Britannia Industries and Dabur India have also taken steps such as raising prices, or selling even the cheapest packet sizes, to keep their business alive in a country with a population of about 140 crore. While Tata has kept the prices of its three main selling products in the region relatively stable, copi, tea and salt, the company is also under pressure from rising costs on transport and packaging.

D’Souza has said that the political and economic crisis in Sri Lanka, which is a major exporter of black tea, has stabilized its prices. India is also expected to have a good harvest this year, due to which tea prices are likely to remain generally low. But, all are forced to bear the brunt of the prices of wheat, sunflower oil, palm oil.