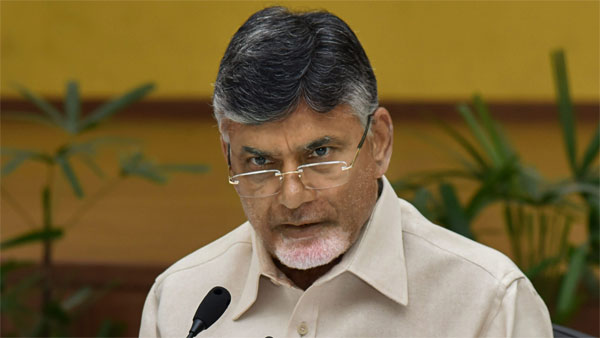 Vijayawada, May 5.
TDP supremo and Leader of Opposition N Chandrababu Naidu on Wednesday protested in Srikakulam over the issue of inflation. He began his tour of four districts by participating in the ‘Badude Badudu’ protest against the skyrocketing prices of essential commodities, hike in electricity rates and APSRTC bus fare.

Speaking on the occasion, the TDP chief launched a massive attack against Chief Minister YS Jagan Mohan Reddy for imposing unbearable burden on the people with various types of taxes and tariff hike. Naidu held a two-hour gram sabha at Dallavalasa village in Panduru mandal of Amdalavalasa assembly constituency.

He said that after getting 151 seats in the assembly elections, Jagan became unbearably arrogant. They started reprimanding and punishing people with taxes and charges in an unprecedented way. He has broken the back of the poor and middle class with his false policies.

Naidu said the price of palm oil was increased from just Rs 69 to Rs 165 per liter in June, 2019. In the past McDowell and Kingfisher were liquor brands. But now, only Jagan brand of harmful liquor was being sold in the state, he said.

The TDP chief recalled how the arrogant chief minister instigated the attacks on his own residence at Undavalli in Amaravati. Arrogant leaders of the ruling party insulted me and my family members. Jagan is more dangerous than coronavirus.

Kunal Kamra got trapped by sharing the edited video of the child, NCPCR sent notice

On LIC IPO, Rahul Gandhi targeted the Modi government, said – it is being sold for a penny price