Tejashwi Prakash reveals - Karan Kundrra is not in a normal relationship, this is the problem in dating the actor
Advertisement 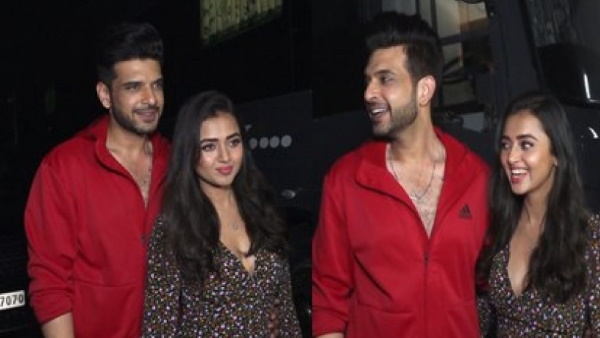 I have never dated an actor

Tejashwi has claimed that this is the first time she is dating an actor. She has already dated Karan but I am a private person. I have never dated an actor, I always thought things would leak, this is all new to me.

What’s the problem with dating an actor?

In an interview with Hindustan Times, the question was asked what is the difference between dating an actor and a non-actor, on which he said that there is a huge difference. If you’re out with your boyfriend, nobody cares if he’s not an actor. But people even recognize his car with Karan, this is not a normal relationship.”

They see every small and big move…

Tejashwi recalled an incident and said that her Valentine’s reel with Kundra was removed from her Instagram due to a glitch. Was deleted from Instagram, so our fans raised the question that how can she delete the post? I have heard such things. He said that we have to be ready for his every question, he is watching every small and big move.

The actor called me alone and I am whole….Isha Koppikar narrates the pain

This pair is called ‘Tejaran’ by their fans.

Let us tell you that this pair of ‘Bigg Boss 15’ is called by their fans by the name of ‘Tejaran’. Since then, the fans keep an eye on the small things of both of them. The actress said all the positive rumors about my roka and marriage, I love them all. It’s funny. Why should I tell you that it is stopped, if we are planning our wedding or if we are buying a house? They are between us. In my mind, I’m like why do you want to know? But it’s nice and cute.

Salman Khan’s first look out of the movie ‘Kabhi Eid Kabhi Diwali’, a different look in glasses and long hair