Nitish is like a boy who does not give a chance to show his eyes, these funny memes are going viral 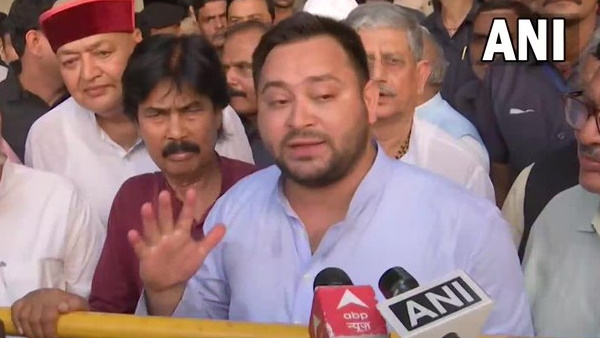 Patna, August 09: Nitish Kumar resigned from the chief minister’s post this evening after breaking the alliance with the BJP. Now Nitish Kumar is going to form a new government with RJD and Congress. Before the formation of the government, while addressing the media, RJD leader Tejashwi Yadav targeted the BJP fiercely. Tejashwi Yadav said that BJP is challenging democracy. Today Nitish Kumar has done the work of decision making.

Speaking to the media after meeting the Governor, Tejashwi Yadav said that, BJP has no alliance partner, history shows that BJP destroys the parties with which it ties. We saw what happened in Punjab and Maharashtra? Whatever was happening in Bihar was not hidden from anyone. People want alternatives.

Tejashwi further said that, JP Nadda said that he will eliminate regional parties. Prime Minister Narendra Modi only campaigns for himself. BJP’s only job is to scare the opposition parties. The BJP had ignored the caste census. He said that this is not the first time that work is being done to stop the BJP. Earlier Lalu ji had stopped Advani ji’s chariot in Bihar.

Tejashwi said that an atmosphere of anarchy is being created in the country, communalism is flourishing, social justice is being affected. Look at the economy, look at the security of the country. Today is a very important day, it was on this day that the Quit India Movement started. Today Bihar has done the work of showing the direction to the country that the people who fight for the people, the people accept them. People want alternatives.

Tejashwi Yadav said that Bihar has shown the direction to the country. Bihar was not given special status. Today the Constitution has to be saved. Attacking BJP, Tejashwi said that BJP’s job is to buy what is sold. The Chief Minister took the decision in the interest of the country. We thank the Chief Minister. Regarding the dispute with Nitish, Tejashwi said that we are uncle-nephew. Have fought, have also made allegations. There is a fight in every family. Now is the second time. Nitish Kumar is the most experienced CM in the country.

At the same time, Nitish Kumar said that, we were silently with the NDA but they were plotting to end it. Now seven parties have come together for the development of Bihar. After meeting the Governor and presenting his claim to form the government, Chief Minister Nitish Kumar said that the grand alliance of seven parties and one independent would work together. He said, “I have resigned, I have informed all my MLAs.