Telangana Chief Minister KCR said on 'The Kashmir Files', 'This is not a sign of progressive government',
Advertisement 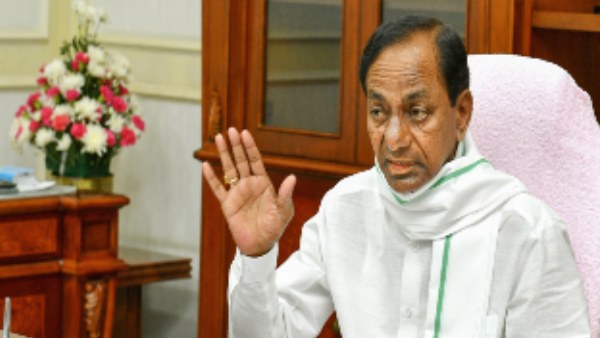 New Delhi, 21 March. Telangana Chief Minister KCR has targeted the Modi government over the Bollywood film The Kashmir Files. He has said who wants this type of film? If there is a progressive government, it should focus on farmers and economic issues. KCR has even said that the Pandits of Kashmir living in Delhi themselves are not in favor of it. Chief Minister KCR also raised questions on the government regarding issues to the farmers. He said that till the order of purchase is not made on 100 percent MSP, then there will be a farmer’s protest.

Chief Minister KCR has spoken of vigorously raising the issues of farmers. He said that ‘we will not remain silent, we will agitate. We will fight till we get 100% buy order on MSP. I had said earlier that BJP’s seats will be less in UP, it has happened. We demand from the Center to buy the crop through MSP, you buy paddy and pay the MSP as you are doing in Punjab.

What is the film ‘The Kashmir Files’, if there is any progressive govt there should be irrigation files, economic files. Who wants ‘The Kashmir files’? In Delhi, Kashmir pandits say that some people are doing this for the votes, we didn’t get any benefits: Telangana CM KCR pic.twitter.com/BlTliIWCsM

We’ll not be silent, will take up agitation. We’ll fight till we get a 100% procurement order. I had earlier told that BJP seats will come down in UP, that has happened. We demand center to buy crops through MSP, you buy paddy & pay MSP as you are doing in Punjab:Telangana CM KCR pic.twitter.com/WECS0rHBke

Kashmiri Pandits do not benefit from ‘The Kashmir Files’: KCR
Telangana CM K Chandrasekhar Rao said that if there was a progressive government, it would have focused on issues like irrigation files, economic files. Who wants ‘The Kashmir Files’ today? KCR further said that Kashmiri Pandits in Delhi are saying that we are of no use to this film. This film is made for votes in elections.

Movement till the purchase is done at 100% MSP
KCR strongly advocated raising the issue of farmers. He said that until there is an order to purchase the produce at 100 per cent MSP, there will be protest. Ksior said that we will continue to fight for this.

UP assembly election prediction came true
KCR has been surrounding the BJP government on the issue of farmers. He said that we had said earlier also that BJP’s seats will be less in UP and it happened. If this government does not support the people, then the protest will continue.

Sonia Gandhi strict about CPM meeting, instructions not to go to other leaders including Tharoor