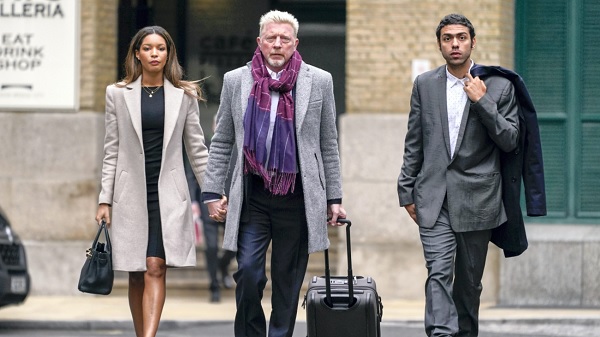 New Delhi, 30 April:
Six-time Grand Slam champion Boris Becker was sentenced on Friday to two and a half years in prison. The former player was found guilty of concealing assets worth hundreds of thousands of pounds after being declared bankrupt. Baker declared himself bankrupt but was still found accused of transferring money to people.

Baker was indicted earlier this month on four charges under Britain’s Insolvency Act. Baker was tried for bankruptcy after the man failed to disclose his valuable assets. He tried to hide and put away things.

Baker was a veteran of old times. He was the first unseeded player to win Wimbledon, when he achieved the feat in 1985 at the age of 17. The 3-time Wimbledon champion has been living in the UK since 2012.

German tennis great Ko, 54, was found guilty of transferring £356,000 in nine places, including the bank accounts of his ex-wife Barbara and his estranged wife Shirley “Lily” Baker. He was also convicted of failing to declare an asset in Germany, as well as of concealing bank loans and shares.

Sentencing him to two years and six months in prison at Southwark Crown Court in London, Judge Deborah Taylor told him, “It is remarkable that you have not even shown remorse for your crime. There is no humility.”

He said Baker would serve half his sentence behind bars and the rest on license. Baker was looking straight ahead as he handed down the sentence. His partner Lilan and son Noah were also involved at the time.

What did Baker say?

The six-time Grand Slam champion has denied all allegations. He had said that he is cooperating with the institutions and acting on the advice of experts.

At Friday’s sentencing hearing, prosecutor Rebecca Chackley said Baker had acted “deliberately and dishonestly” and that he “still wanted to blame others,” according to AP news agency.

During the trial, Baker stated that his $50 million career earnings had been swallowed up by an “expensive divorce” and debt payments.

Two top athletes of the country failed in the dope test, there was a big hope of medal, now the ban has been imposed