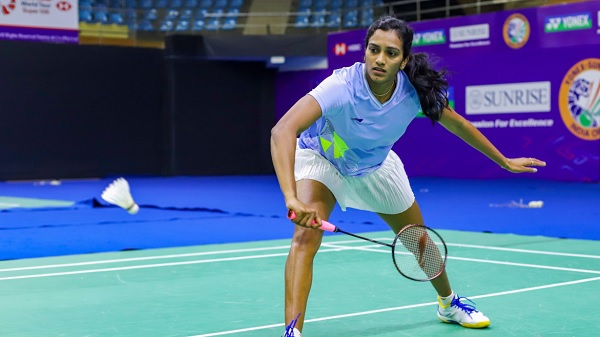 Bangkok, May 20 (ANI): Two-time Olympic medalist PV Sindhu entered the semi-finals of the competition by defeating Akane Yamaguchi of Japan in the quarter-finals of the Thailand Open 2022 in Bangkok on Friday. Playing in Court 1, Sindhu won the match by a margin of 21-15, 20-22, 21-13.

Sindhu dominated the first game to register a 21-15 win. However, the Japanese came back in the second game to win 20–22. But Sindhu eventually emerged the winner of this match and won the final game 21-13.

Two-time Olympic medalist PV Sindhu on Thursday booked a place in the quarter-finals of the tournament after beating South Korea’s Yu Jin Sim in straight games in her second round match of the Thailand Open in the women’s singles event.

Then earlier that day, Indian shuttler Malvika Bansod crashed out of the women’s singles event in the second round after losing 16-21, 21-14, 21-14 to Line Kristofferson of Denmark.

‘Golden Girl’ Nikhat is a big fan of Salman Khan, said- ‘Maybe he is waiting for me’

Nikhat Zareen: Do you know the meaning of ‘Nikhat’ and ‘Zareen’? Gold spreads fragrance by winning gold