Thailand Open 2022: Saina Nehwal out after first round loss, disappointed in mixed doubles too
Advertisement 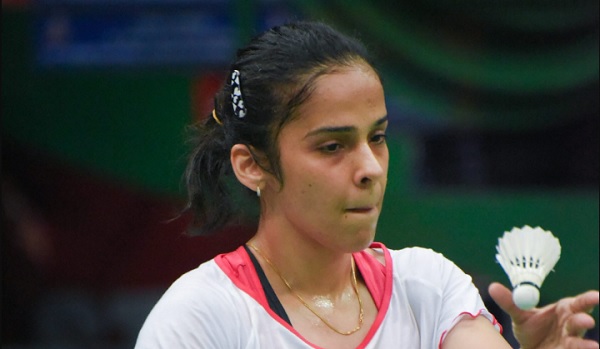 Bangkok 18 May: Indian shuttler Saina Nehwal crashed out of the Thailand Open 2022 after losing to Kim Ga Eun of South Korea in a women’s singles first-round match in Bangkok here on Wednesday. Playing in Court 3, Nehwal lost the match 21-11, 15-21, 17-21.

India’s Olympic medalist dominated the first game, winning it 21–11. But the final match was in the hands of his South Korean opponent and he came back in the next two matches to win the match 15-21, 17-21.

On the other hand, India’s mixed doubles pair of Reddy B Sumeeth and Ashwini Ponnappa disappointed as they lost to Japan’s Yuki Kaneko and Misaki Matsutomo. Sumeet and Ponnappa crashed out of the tournament after losing the first two games 21-17.

PV Sindhu will soon be in action against USA’s Lauren Lam later today.

Meanwhile, Indian shuttler Malvika Bansod started her Thailand Open 2022 campaign with a win over Marija Ulitina of Ukraine in the women’s singles category here on Wednesday. He won the game 17-21, 21-15, 21-11, playing on Court 2.

Canada’s Michelle Lee, on the other hand, defeated Akarshi Kashyap of India in the first round of women’s singles. Lee registered easy wins 21-13 and 21-18. This match lasted for 33 minutes.

If this is a change, then many champions in sports will be seen in India too, Kapil Dev told the need of the country