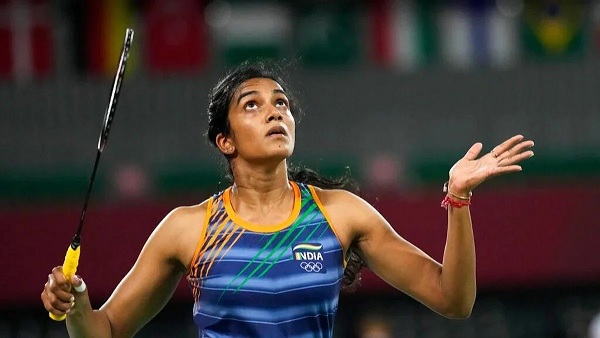 New Delhi. Two-time Olympic medalist PV Sindhu lost to Olympic champion Chen Yu Fei of China in the semi-finals of the Thailand Open Super 500 tournament on Saturday. Yu Fei advanced to the final with a 21-16-21-17 win in both sets.

Sindhu entered the semi-finals after registering a three-game win over world number one Akane Yamaguchi of Japan. Sindhu defeated the second seeded Japanese 21-15, 20-22, 21-13 in 51 minutes. But Sindhu had to face defeat in the semi-finals.

Also read- Whenever there was talk with Bhuvneshwar, there was a debate, Ravi Shastri revealed

Sixth seed Sindhu failed to maintain her chances to put pressure on Chen, especially in the second game when she was leading 11-7 at the break. Sindhu fought with the wind and handed easy points to the Olympic gold medalist. This was Chen Yufei’s first win over PV Sindhu after becoming Olympic champion. The 24-year-old Chen improved his one-off record against the Indian shuttler to 5-6.

This will be Sindhu’s third consecutive semi-final exit on the tour as the Indian shuttler lost to Yamaguchi in the last-4 round of the Badminton Asia Championships and An Seong in the semi-finals of the Korea Open. Sindhu was also a part of India’s Uber Cup squad which lost to hosts Thailand in the quarter-finals.

India’s campaign at the Thailand Open came to an end with Sindhu’s exit. Senior player Saina Nehwal and Thomas Cup champion HS Prannoy suffered early exits while Kidambi Srikanth withdrew ahead of their second round match in Thailand.