Wait is over! After all, Zoya Akhtar has officially announced her upcoming film ‘The Archies’. The first look poster and video of the film has been released. This film is special in many ways. Yes, with this film not only Shahrukh Khan’s daughter Suhana Khan is debuting in films, but 7 new faces including Sridevi’s daughter Khushi Kapoor, Amitabh Bachchan’s grandson Agastya Nanda, are seen. 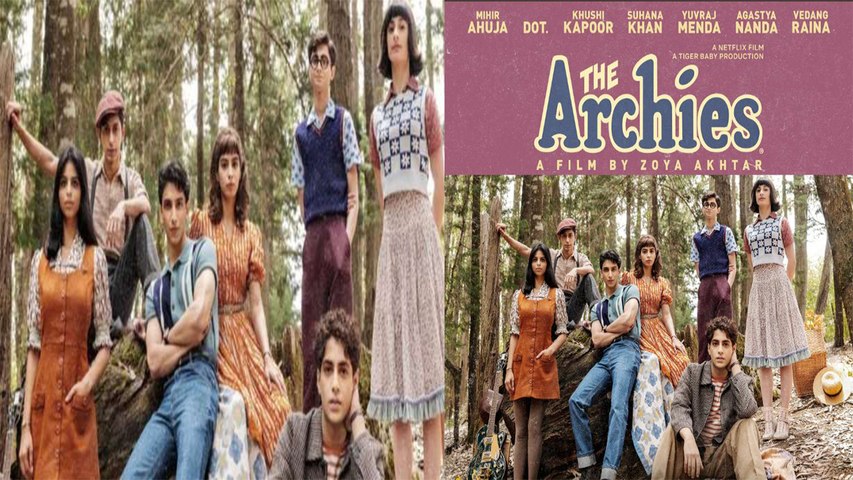 This Zoya Akhtar film will be released on Netflix in the year 2023. The film also stars Mihir Ahuja, Dot, Vedang Raina and Yuvraj Menda in important roles along with Suhana, Khushi and Agastya. The shooting of the film has started from April.

It will be a high school love triangle drama. The film stars Suhana Khan as ‘Veronica’, Khushi Kapoor as ‘Betty’ and Agastya Nanda as ‘Archies’.

Sharing the poster of ‘The Archies’ from its official social media account, Netflix India wrote, “Hold your picnic basket and choose your cutest outfits, we are going to congratulate the gang of ‘The Archies’! Zoya Akhtar Presenting to you the cast of the film ‘The Archies’.

Amitabh Bachchan shared the poster of The Archies film on Instagram. With this he wrote, ‘Another morning, my grandson. My blessings to you Agastya.Love you. Get ready to get lost in memories Zoya Akhtar’s film The Archies is coming soon on Netflix.

Let us tell you, Suhana Khan has returned from New York University’s Tisch School of Arts. Suhana has been active in acting at her level for a long time. Suhana has performed many plays in her school’s theater group. And now soon she will be seen in her first Hindi film.

Sharing the teaser, Gauri Khan has congratulated the entire team. He wrote- congratulations.. all the best to all the amazing kids and team of The Archies. And who better than Zoya Akhtar to guide them through this journey!! You did it Suhana!!!!

There is no doubt that these three starkids can’t get a better platform to debut than Zoya Akhtar’s film. Zoya has already won the hearts of the audience with films and series like Zindagi Na Milegi Dobara, Gully Boy, Dil Dhadakne Do, Made in Heaven.

Sophie Turner On Filming Heavy Game Of Thrones Scenes: I’ll Exhibit Some Symptoms Of Trauma Down The Road