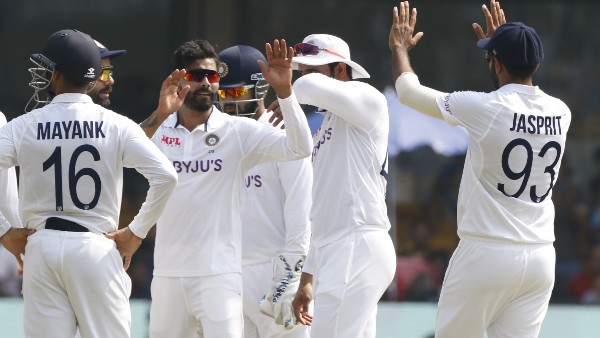 Chinnaswamy Stadium got one demerit point

The report submitted by former India captain Javagal Srinath said that the pitch in Bengaluru had seen a lot of rotation from the first session of the first day, which got better with every session. In my view, there has not been a balanced match between bat and ball on this pitch because the bowlers had the upper hand.

5 demerit points may be banned for one year

It is noteworthy that according to the changed rules of the ICC’s pitch and outfield monitoring process, grounds whose pitch is rated below average by the match referee are given one demerit point, while the grounds which are declared poor or unfit. They are given 3 or 5 marks. These demerit points given by the ICC remain active for 5 years. During this, if the venue of the venue achieves 5 or more demerit points, then there is a ban on organizing international cricket for the next one year.

16 wickets fell on the first day itself

It is worth noting that this is the first demerit point for Chinnaswamy’s stadium but if this continues, he may also face a one-year ban. In the Pink Ball Test, bowlers dominated, due to which 16 wickets fell on the very first day, in which 9 wickets came in the account of spinners. The Indian team was reduced to 252 runs, in response, by the end of the first day’s play, Sri Lanka scored 86 runs for the loss of 6 wickets. On the second day, Sri Lanka were all out for 109 runs and the Indian team, batting ahead, gave a target of 447 runs.

In the fourth innings of the match, captain Dimuth Karunaratne showed his spirit by scoring a century for Sri Lanka but his team failed to get a win. Let us tell you that Sri Lanka’s team was reduced to 208 runs and India won the match by 238 runs and won the series 2-0.

ENG vs WI: Craig Brathwaite made it difficult for England, included in Brian Lara’s special list