The family ended in partition, after 75 years, today Sarwan Singh, 92, will meet his nephew in Kartarpur Sahib
Advertisement 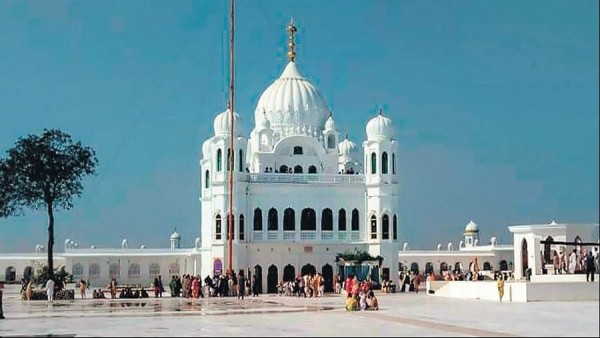 Thousands and lakhs of families were separated from each other at the time of partition in 1947. For many years these people stayed away from each other and became ignorant of each other. Partition broke many families, swallowed up many lives. People left their home. Mohan Singh was also a witness to this tragedy. He was separated from his family when he was only 6 years old. His family was snatched from him by the partition of the country. During the partition, 22 members of his family were killed in the riots.

In the riots, 22 members of Singh’s family were killed by the rioters. The women of the family had jumped into the well along with the children to save their honour. But Mohan Singh managed to escape during this riot and saved his life. He was raised by a Muslim family in Pakistan and his name is Abdul Khaliq now. Now when the country’s independence is going to be 75 years, then it is going to be 75 years after the sting of partition. Singh is going to meet his family again after 75 years. Mohan Singh was brought up in Pakistan by a Muslim family and now he has come to India to visit his family member.

Mohan Singh has come to Jalandhar to meet his uncle Sarwan Singh. Sarwan Singh’s parents, two brothers, two sisters were killed in the riots. But Sarwan Singh Kapi is excited to meet the elder brother’s son Mohan. Sarwansingh’s daughter Rachpal Kaur told that we had tried a lot to find the family members who were left in the riots, but they could not be found. After the riots calmed down, we tried hard to trace 6 year old Mohan, we kept wondering where is he, how will it be.

documentary was also made

The story of the union of Mohan Singh and Sarwan Singh is also very interesting. Mohan was given to his family by Gurdev Singh, a Punjabi man of Indian origin living in Australia. Gurdev helped a lot in getting Sarwan Singh living in India to meet his nephew Mohan. Punjabi writer Sudhrikhdeep Singh Barnala has also made a documentary on the partition of the country, in one episode of which Sarwan Singh’s family is also mentioned. The name of this series is The Other Side of Freedom which is available on YouTube.

Sarwan Singh was living in Australia with his son, but due to Corona, he came back to India. Sarwan Singh is going to meet his nephew Mohan Singh because of two YouTubers from India and Pakistan. Pakistan’s YouTuber Mohammad Javed Iqbal shared a story of Partition, in which Khaliq was mentioned, he was separated from his family during Partition. He was separated from the Hindu Khatri family.

Mother’s love: The elephant roamed the whole day carrying the child’s body in the trunk, the painful video went viral on social media