The film 'RRR', which is earning the flag of earning, has now made another record, in this case 'The Batman' also beat
Advertisement 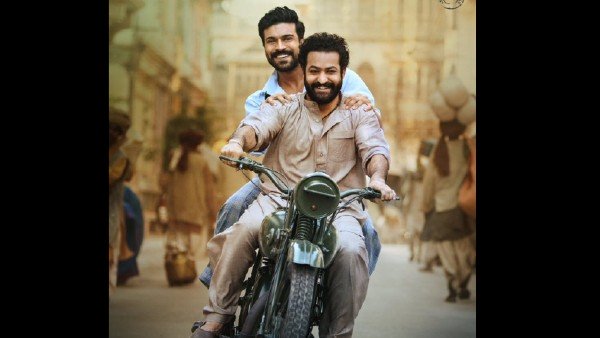 The film grossed over Rs 600 crore

Director SS Rajamouli’s RRR starring Jr NTR and Ram Charan went on to become the highest grossing film in the opening weekend and earned a lot of money worldwide. The film earned over Rs 600 crore and is likely to break more box office records.

Beats the record for The Batman and The Lost City

The film surpassed the record held by Robert Pattinson’s The Batman and The Lost City to achieve this feat. The film is about to complete a week in the theatres and is expected to break all other earning records.

Jr NTR and Ram Charan’s RRR opened to a grand opening at the worldwide box office by collecting Rs 257.15 crore. Within three days, the film did a business of Rs 500 crore at the box office and is now heading towards Rs 700 crore. At this pace, RRR will break many more box office records in the world.

Highest grossing film in the world

RRR beat Alia Bhatt’s Gangubai Kathiawadi and Vivek Agnihotri’s The Kashmir Files at the box office. RRR has now become the world’s highest grossing film in the opening weekend. RRR surpassed The Batman and The Lost City to achieve this feat.

Know how much The Batman and The Lost City earned

These pundits reach home everyday to worship Anupam Kher, the actor dedicates himself to his father The Kashmir Files

‘It’s not about money, it’s about happiness…’, what Vivek Agnihotri said on Kashmir Files’ huge earnings