The government merged four bodies of the film with NFDC, explained the reason
Advertisement 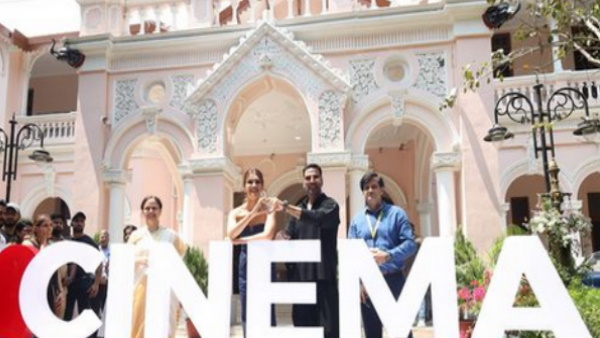 New Delhi, 31 March. The Union Ministry of Information and Broadcasting has merged all the four film bodies which were separate entities till now with NFDC.

The ministry on Wednesday issued orders for merging the production of documentaries and short films, organization of film festivals and preservation of films into the National Film Development Corporation (NFDC), a public sector undertaking functioning under the ministry, the ministry said in a statement. He said that by bringing all these activities under one management, the overlap of various activities would be reduced and better utilization of public resources would be ensured.

In December last year, around 1,539 people, including actors, filmmakers and other members of the Indian film industry, sent a letter to the ministry against the government’s decision to merge all branches of the Films Division, Directorate of Film Festivals, National Film Collection. National Film Development Corporation (NFDC) along with India (NFAI) and Children’s Film Society of India.

The ministry, under former I&B minister Prakash Javadekar, had in December 2020 announced the merger of four public bodies with NFDC, a “loss-making” public sector undertaking. In a December 19, 2021 letter, the signatories expressed surprise that the 2019 Bimal Julka High Powered Committee report had been submitted “without engaging with the primary stakeholders”, which included “members of the film fraternity and employees of the above-mentioned institutions.”

Vivek Agnihotri did not sign Kangana Ranaut, said- ‘My films do not need stars’