The government will now give favorite mobiles worth Rs 9 thousand to the number-holders: Dushyant Chautala
Advertisement 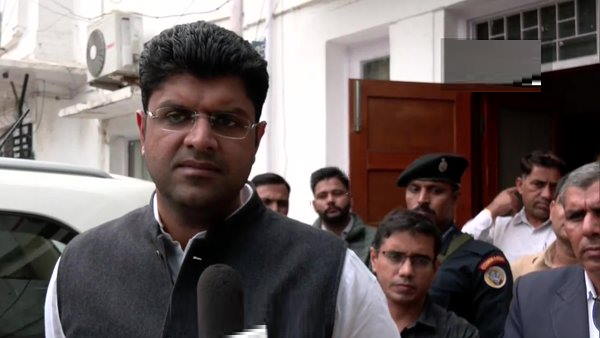 Chandigarh, 5th May 2022: Haryana’s Deputy CM Dushyant Chautala directed the officers to provide mobile sets of their choice worth Rs 9,000 to all the numberdars of the state by holding a mobile-mela. On Wednesday, the Deputy CM was presiding over the meeting of officers of various districts through video conferencing. In the morning, an MoU was signed by the Haryana Government with Indian Bank, in which all the number-holders of the state would be given an e-rupee coupon of Rs.9000 by the bank, from which the coupon would be used to purchase the mobile of the company of their choice in the numbered mobile-mela. Will be able

The agreement was signed by Amna Tasneem, Director, Land Revenue Records Department, Haryana on behalf of the State Government and Kajal Singh, Chief Manager and Branch Manager on behalf of Indian Bank.

Deputy CM Dushyant Chautala said that mobile phones will be made available to all the numbers in the month of May-June. He said that it was decided by the Haryana Government that mobile phones should be provided to all the numberdars of the state through e-rupee coupons so that the budget earmarked for this work could be utilized and for this purpose, the Indian Bank was given to the Indian Bank by the Haryana Government. selected for.

Aamna Tasneem, Director, Land Revenue Records Department, Haryana, informed that according to the terms of the agreement with the bank, fairs will be organized at the district level in all the districts of the state to distribute mobile phones in which mobile phone companies will organize various types of mobile phones. Mobiles will be displayed in which mobiles worth Rs.9,000 will be kept. He said that numberdars would be able to buy mobiles of their choice through the coupons provided by the government.

Shah said in Bengal – CAA will be implemented as soon as Corona ends, Mamta Banerjee replied