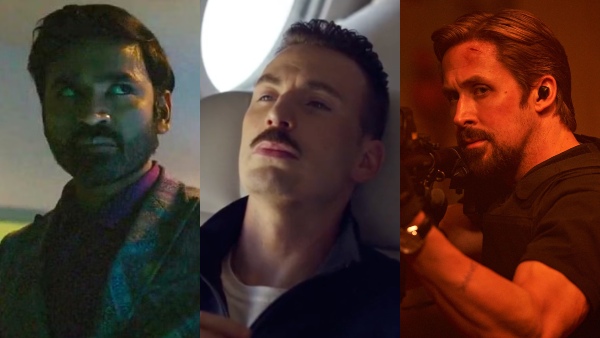 The Gray Man
trailer on social media. Chris Evans and Ryan Gosling shine in the trailer while Indian actor Dhanush makes a brief yet promising appearance.

The 2.12 minutes long trailer of

The Gray Man
takes us into the crazy world the spy thriller is set in. Directors Russo Brothers give glimpses of the action spectacle in-store with the trailer, which is now taking social media by storm. From the trailer, it is evident that the spy thriller is going to be a complete treat for the world audience who have been eagerly waiting for Russo Brothers’ next project.

Chris Evans is playing the role of Lloyd Hansen, a former cohort at the CIA in

The Gray Man, He is on a mission to track and kill Court Gentry AKA Sierra Six, played by Ryan Gosling. Dhanush, on the other hand, makes an appearance in an interesting action sequence, and his character seemed to be surrounded by mystery.

The Gray Manwhich is made with a massive budget of 200 Million, is based on Mark Greaney’s novel of the same name.

Ana De Armas appears as Agent Dani Miranda, who becomes a friend and confidant to Ryan Gosling’s character Court Gentry while he is on the run.

The Gray Man
features an extensive star cast including Regé-Jean Page, Jessica Henwick, Wagner Moura, and Alfre Woodard, in the other prominent roles. The Russo Brothers directorial, which is scripted by Joe Russo, Christopher Markus, and Stephen McFeely, is slated to be released on Netflix on July 22 this year.