The Kashmir Files Box Office: Devastation in the second weekend, 685% up with 80% occupancy
Advertisement 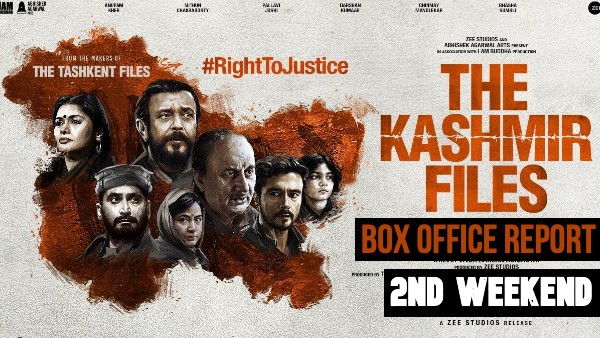 Significantly, on the second Sunday, March 20, The Kashmir Files surprised everyone by registering an occupancy of 80 percent in theatres. The film is going housefull in most of the theatres. On Sunday, the film registered 70 percent occupancy in the morning shows. By noon this figure went straight to 85 percent and by evening it increased to 88 percent. Despite the decline in the night shows, occupancy of 66 per cent was registered.

Occupancy above 90% in many cities

On Sunday, cities like Mumbai, Pune, Delhi, Ahmedabad, Lucknow had about 80 percent occupancy. At the same time, in Bhopal and Surat, this figure has reached 90 percent and above. Even in cities where occupancy was low, the film recorded an occupancy of 65 – 75 percent. These included cities like Chandigarh, Jaipur, Chennai, Kolkata, Bangalore. The lowest occupancy was recorded on Sunday in Hyderabad where The Kashmir Files recorded 42 per cent occupancy.

how was the first week

After the first weekend of 27 crores, the film surprised everyone on the fourth day, Monday, with a collection of 15.3 crores as it was earning more than the first Sunday. After this, the film continued to show growth at the box office throughout the week. 18 crores on Tuesday, 19 crores on Wednesday and 18 crores on Thursday. The film earned a total of 97 crores in the first week.

The film entered the 100 crore club on the seventh day. The budget of the film is only 20 crores. And this is the reason that now the film has moved towards becoming a blockbuster. Since The Kashmir Files is trending continuously and the tickets of the film are still running low, it is not too early to say that the film will enter the 200 crore club in the next two to three days.

how much will be the lifetime