'The Kashmir Files' made a scintillating record on Saturday, you will be surprised to earn a day's earnings
Advertisement 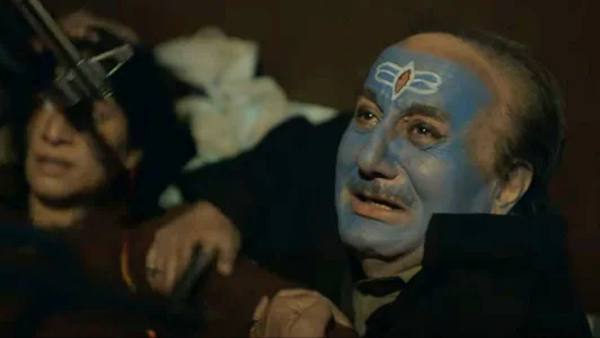 The film can reach 200 crores

The film has once again crossed the record Rs 25 crore mark on Saturday alone. With this, the film is approaching the earning of Rs 150 crore. The film has so far earned a total of Rs 141 crore on Saturday. Trade analyst says that this film can easily cross 200 crore club in the next day or two.

Film trade analyst Taran Adarsh ​​shared the film’s earnings information by tweeting. He tweeted on Sunday morning and wrote, The Kashmir Files is involved in a horse race. On Saturday, the 9th day, the film has earned more than the 8th day. In the second week, the film is progressing like Bahubali 2. There is a strong possibility that this film can also cross 28-30 crores on the 10th day.

It is worth noting that in the last one week, The Kashmir Files has broken some record in terms of earning every day continuously. On the basis of the praise of the people, this film is continuously breaking the records of earning. The important thing is that this week Akshay Kumar’s film Bachchan Pandey has also been released, but due to Kashmir Files, its impact on its box office is clearly visible. Bachchan Pandey is getting very less audience as compared to Kashmir Files.

According to BoxOfficeIndia.com, Corona has become the highest-grossing film in Punjab after the pandemic. Soon it can break earnings records in UP-Delhi as well. However, the film will face SS Rajamouli’s RRR this Friday. However, it will be interesting to see whether the film will continue its earnings in the third week as well and the audience will reach the cinema halls to watch it.

Let us tell you that the film Kashmir Files is based on the exodus of Kashmiri Pandits, which happened in 1990. The main characters of the film are Anupam Kher, Mithun Chakraborty, Pallavi Joshi, Darshan Kumar, Chinmay Mandelkar and Bhasha Sumbali. The film was released on 11 March. After which the film was made tax free in Uttarakhand, Uttar Pradesh, Tripura, Goa, Haryana. The film was also praised by Prime Minister Narendra Modi and Home Minister Amit Shah.

Lock Upp: Kangna warns Karanvir Bohra, stop doing this or else you will regret later

Lock Upp: ‘Poonam Pandey has the art of seducing, give us coaching’, Kangana praised