The Kashmir Files: When the release was banned in New Zealand, the former Deputy Prime Minister came out in support, said this thing
Advertisement 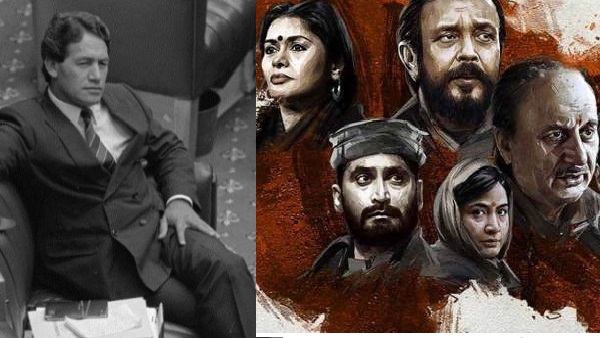 Former Deputy Prime Minister came out in support of the film

The Deputy Prime Minister said that the film is based on true and real events that happened in 1990, when Hindus were displaced from Kashmir on the basis of religion and today more than four lakh Kashmiri Pandits continue to live the lives of the displaced even after 32 years. are doing. Banning this film is tantamount to banning the incident on 15 in New Zealand. For example, after the 9/11 attacks, all his photographs were removed from public places.

Terrorist incidents should not be protected

Petition started in support of the film

Let us tell you that a campaign has been started to release The Kashmir Files film in New Zealand. A petition has been started for this. In which it has been said that the graphics in the film, the violence shown is based on true events which are recorded in the documents. Film is a medium to put people’s painful experiences in front of the world.

What does the Censor Board of New Zealand have to say

According to the report, the New Zealand Censor Board has not banned the film, but some Muslim community people have raised objections to the film, after which it is being reviewed. New Zealand Censor Board Chief David Shanks said that people from the Muslim community had contacted us and said that the film contains anti-Muslim elements, which can spread hatred. It is alleged that the film may spread tension and encourage Islamophobia in New Zealand. But the petition which has been started says that we reject such allegations because lakhs of people have seen this film and not a single incident of this kind has happened.

Lock Upp: ‘Poonam Pandey has the art of seducing, give us coaching’, Kangana praised

Kashmir Files: The incident of feeding rice dyed with blood of husband to his wife, know the whole reality