The officer said to Rajasthan minister Mamta Bhupesh, gave 3 lakh rupees, then got this posting....know the whole matter
Advertisement 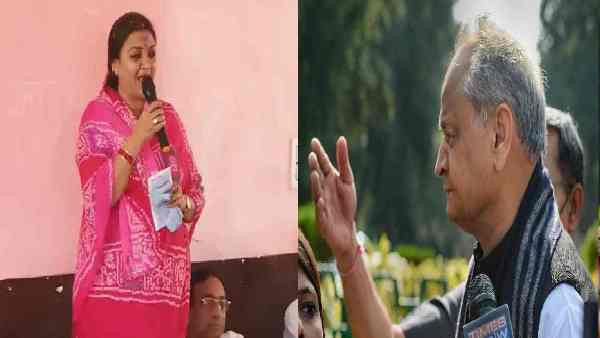 Mamta Bhupesh, an influential minister in the Ashok Gehlot government in Rajasthan, has exposed the huge rigging going on in her own government regarding transfer and posting. Rajasthan’s Women and Child Development Minister Mamta Bhupesh, while addressing the party workers, told how the party is being rigged in the name of transfer-posting and the Congress party may have to bear the brunt of it in the elections. Referring to an incident that happened to him in Dausa on Saturday, Bhupesh said, ‘I had received a complaint about an officer, on which I told him that I will transfer you. To this he told me that he has given Rs 3 lakh to a worker of our party for the current posting.

‘I haven’t taken any money from anyone’

On this Mamta Bhupesh told the workers present that ‘I have not taken any money from anyone. I want the party workers to work honestly and they should not indulge in such activities. These things tarnish the image of the party. He said that ‘I know that he is his own worker. I told him to go to his house and get the money back. I didn’t take a single penny from anyone. He also went to her house. So he said that you mean with your work. Before that, the way the state minister has exposed the bribery going on in the party regarding transfer-posting, it is not looking good for the health of the Gehlot government.

‘…then I will resign’

Bhupesh said that ‘If a man tells me, I will resign now, if I have taken commission from someone, then tell me if I have taken money. It was said in a training camp of the state that the leader or minister who takes money from the workers, he will have to face the consequences in the elections. Bhupesh is an MLA from Dausa’s Sikrai Assembly and she has been elected twice as an MLA. Recently, the students of Rajasthan trapped in Ukraine war, who were brought home under Mission Ganga, were entrusted by Chief Minister Ashok Gehlot to receive them at Delhi airport and reach their homes.