The quota of MPs may end in Kendriya Vidyalayas, the central government is considering
Advertisement 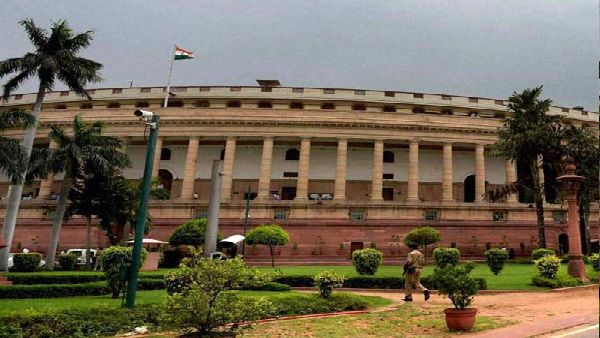 New Delhi, 21 March. The government is going to consider the quota of MPs for admission in Kendriya Vidyalayas operating in all the districts of the country. This issue was raised in the House by Congress MP Manish Tewari. On this, Lok Sabha Speaker Om Birla has directed Union Education Minister Dharmendra Pradhan to hold a meeting with the leaders of political parties in the House.

In all the districts of the country, 10 percent seats in Kendriya Vidyalayas are reserved from the quota of MPs. This issue was first raised by Congress MP Manish Tewari in the Lok Sabha. He had said that the quota of 10 seats for MPs is not enough. He receives many requests for recommendations on the seats of Kendriya Vidyalayas. In such a situation, the quota of seats should either be increased or it should be abolished.

This quota of MPs was initially from 2 seats per academic year, which has been increased to five and at present to 10 seats. However, many MPs have opposed the move. They have demanded to increase this quota. Trinamool Congress member Mahua Moitra said it would be very difficult to eliminate.

The move came to the fore after a discussion on the matter in the Lok Sabha on Monday, when Speaker Om Birla asked the minister to decide whether the quota of MPs in Kendriya Vidyalayas should be abolished or not. Hold meetings with the leaders of the parties. Why this discriminatory quota? This should be discussed with the leaders of the parties. After that the decision will be taken. After the instructions of the Speaker of the Lok Sabha, now the government will discuss this issue with the leaders of the political party. In which it will be considered whether it is necessary to have quota of MPs in Kendriya Vidyalayas. It will also consider whether the privilege of MPs to recommend admission of 10 students to Kendriya Vidyalayas in an academic year is justified or should it be abolished.

At the same time, Union Minister Dharmendra Pradhan is talking about considering abolishing this quota. He said that Habam is the representative of the people. Therefore, specific recommendations cannot be made for some people. He has said that if the House is unanimous on abolishing the quota of MPs, then the government can take steps in that direction. The minister also said that the central government approves setting up of Kendriya schools every two-three years. Almost all the districts of the country have at least one Kendriya Vidyalaya established.

Dharmendra Pradhan said that Kendriya Vidyalaya and Navodaya Vidyalaya were established keeping in view the needs of the children of All India Service Officers. After the transfer of such officers, this arrangement was given regarding the education of their children. Officers are also transferred in the same areas where such central educational institutions exist.

Manipur: N Biren Singh takes oath as Chief Minister for the second time in a row