There is a wave of happiness in the camp of Punjab Kings, the swashbuckling batsman joined the team camp before the match of KKR
Advertisement 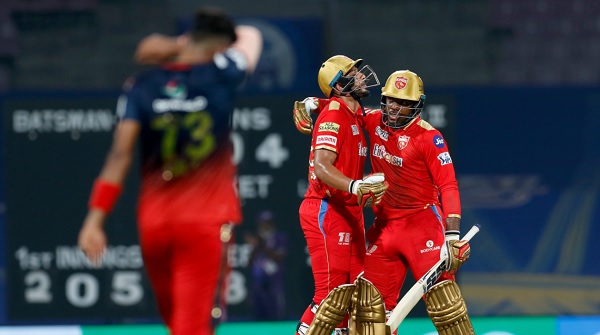 Although the English batsmen are expected to miss out on some crucial protocols before entering the bio bubble, they will certainly be available for play in Punjab Kings’ third match.

Jonny Bairstow was part of the England team which was playing the Test series on the West Indies tour. Here England has lost 1-0 in the 3-match series. Due to this series, Bairstow has been delayed in coming to India.

Bairstow has arrived at the camp

Meanwhile, it has been confirmed on the official Twitter account of Punjab Kings that Bairstow has reached the camp.

The right-handed batsman will now join the top three of the PBKS line-up along with skipper Mayank Agarwal and Shikhar Dhawan. He will also take over the wicketkeeping responsibility from Bhanuka Rajapaksa once he is ready to take the field. PBKS spent Rs 6.75 crore for England in the mega auction.

The 32-year-old is expected to be an important part of the PBKS batting line-up as he has been a star in white-ball cricket. Bairstow can attack the bowlers right from the start and his ability to play big innings makes him even more effective. Also, the experienced keeper can play anywhere in the batting order and is well versed in IPL.

After playing for Sunrisers Hyderabad in the last three seasons, the batsman scored 1038 runs in 28 games, with his average and strike rate exceeding 40 and 140 respectively. He even has an IPL century to his name. So there is a lot of hope from them. Meanwhile, PBKS made a winning start to their IPL 2022 campaign by defeating Royal Challengers Bangalore by five wickets in their opening match.

Women’s World Cup: England team reached the final, know when the final match will be held

‘Rishabh Pant will give Delhi its first title’, predicted the 24-year-old cricketer