These 8 powerful films will be released in the month of June, get ready for full action and drama
Advertisement 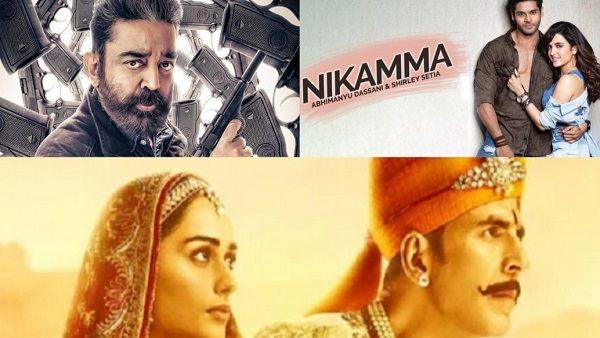 Bollywood’s stunt specialist hero Akshay Kumar is once again coming as ‘Samrat Prithviraj’ to woo the audience. His film ‘Samrat Prithviraj’ is made under the banner of Yash Raj Films, which is based on the life of King Prithviraj Chauhan. Manushi Chhillar, Sonu Sood, Sanjay Dutt, Ashutosh Rana, Manav Vij, Sakshi Tanwar will also be seen in the film along with Akshay Kumar. Directed by Chandraprakash Dwivedi, this historical film will hit the big screen on June 3.

The film ‘Samrat Prithviraj’ and ‘Vikram’ are going to compete with another big movie ‘Major’. The film ‘Major’, based on the life of Major Sandeep Unnikrishnan, who was martyred in the 26/11 Mumbai attacks, is going to be released in theaters on June 3. Directed by Shashi Kiran Sikka, the film stars Adivi Shesh, Prakash Raj, Shobhita, Sai Manjrekar and Revathi in the lead roles. The film will be released in both Hindi and Telugu languages.

Bollywood actress Nushrat Bharucha has been in the news for some time for her film ‘Janhit Mein Jari’. The film will release on the big screen on June 10. In the film, Nusrat is playing the role of a salesgirl who works as a condom seller. The story of the film is based on a social issue whose job is to make the society aware.

Bigg Boss winner Rubina Dilaik’s debut film ‘Ardh’ will release on June 10 on OTT platform Zee5. Directed by Palash Muchhal, the film also stars Rajpal Yadav, Hitesh Tejwani and Kulbhushan Kharbanda along with Rubina Dilaik. In this film you will get to see comedy as well as family drama.

Bollywood actress Shilpa Shetty is returning to the big screen after a long time with the film ‘Nikamma’. It is an action drama film, directed by Sabbir Khan. It is produced in association with Sony Pictures. The film will be released in theaters on June 17. Along with Shilpa Shetty, Bhagyashree’s sons Abhimanyu Dassani and Shirley Setia will also be seen in the film.

Jug Jug Jio, produced under the banner of Dharma Productions, will hit the theaters on June 24. Neetu Kapoor, Anil Kapoor, Kiara Advani, Varun Dhawan and Maniesh Paul are going to be seen in this film. This is a family drama film, which will show the deteriorating relationships in marriage.