These big stations of Indian Railways are no longer dependent on electricity, they are self-sufficient with solar energy, capable of 100% supply
Advertisement 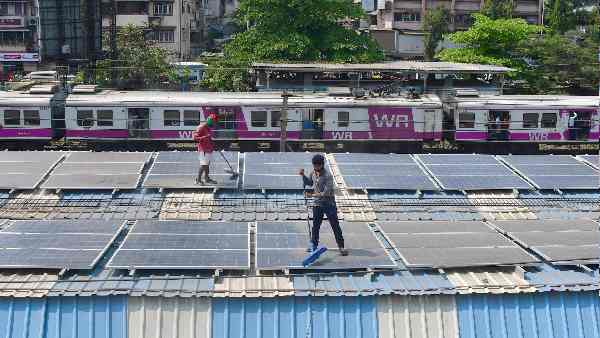 Indian Railways is moving fast towards the goal of green energy. From the perspective of environmental protection, Indian Railways is trying to run trains and railway stations on solar energy. In which Chennai’s Poorechi Talevar Doctor MG Ramachandran Central Railway Station is now fully solar powered. This is the first station, which has achieved this success with energy neutral ideas. Solar voltaic panels have been installed on 13 station buildings here and this has made it completely self-sufficient through solar power by eliminating dependence on electricity. These panels are capable of meeting 100% of the energy requirements here.

A 1.5 MW solar power capacity has been installed at Chennai Central Station. For all the power required at the station during the day, no other source has to be looked at. Its biggest advantage is not only saving electricity, but also reducing carbon emissions. Before this, Vijayawada railway station in Andhra Pradesh is the first station which is fully equipped with solar energy. Here instead of the tin shed, solar panels have been installed, which also protect from sun and rain and are proving to be helpful in saving fossil fuels.

130 kW of electricity is generated through solar panels mounted on top of the platform in Vijayawada. Here 2.2 lakh units of electricity are being generated every year from solar energy. 18% of the total power consumption of this station is being met from this. Due to this, the country’s largest transporter is saving Rs 16 lakh every year.

Indian Railways is trying to install such solar panels in other stations. Railways hope that in this way it will be easy to fulfill the goal of Green Railway. Some time ago there were reports that in the year 2021-22, North Central Railway zone has topped in generating electricity from solar panels. In this financial year, the NCR zone generated 124 lakh units of electricity from solar power, which is 17 percent more than the year before. In this way, solar energy has made North Central Railway Zone a budget of Rs 5.01 crore in the last financial year. This is 26% more than a year ago.