'These franchises are battered in every department of the game', former cricketer told who are the weakest teams of IPL 2022
Advertisement 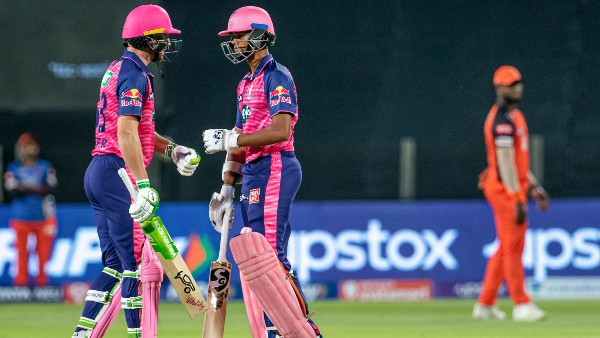 Hyderabad may be the most flop in the 15th season

While Sunrisers Hyderabad’s team failed to make an impact in their first match, former Indian captain K Srikkanth praised the performance of Rajasthan Royals and named the team which can remain in the last two places in IPL 2022. Is.

He tweeted and wrote, ‘Brilliant game from Rajasthan Royals, seeing the kind of performance he has done in all departments of the game, it seems that he is a contender to be in the top 4 this time. On the other hand, Sunrisers Hyderabad performed very poorly, team composition was very poor, while there was weakness in every department of the game. This is a mark of being included in the last 2 ranked teams this season.

Williamson made a big mistake about Sundar

Earlier, former Indian cricket team opener Wasim Jaffer had said that he did not understand the decision of Sunrisers Hyderabad under which Washington Sundar was sent to bat at number 8. It is noteworthy that Sundar played an innings of 40 runs off just 14 balls.

Talking to ESPN Cricinfo, Jaffer said, “Washington Sundar should have been sent to bat above No. 8, I don’t think you are gaining anything by sending him over there.” He should bowl a few overs in the powerplay and bat at number 6 or 7. If the team sees the need, then they can be made to bat at number 3 and 4 also. His short innings against Rajasthan would have given a lot of confidence.

Hyderabad had a very bad start

It is worth mentioning that Rajasthan Royals team scored 210 runs in their first match on the basis of half-century innings of captain Sanju Samson and flamboyant important innings of Jos Buttler, Devdutt Padikal, Shimron Hetmyer, losing 6 wickets in 20 overs. In reply, Sunrisers Hyderabad could score only 149 runs for the loss of 7 wickets. The bad news for Hyderabad was that in the 11th over they had conceded only 37 runs for their 5 wickets, while by the 16th over they had scored only 78 runs for the loss of 6 wickets. However, thanks to Sundar’s fiery innings, Hyderabad’s team could reach close to the score of 150 runs.

RCB vs KKR: Kolkata scattered on the lines of Tu Chal Main Aaya, kneeling in front of RCB’s bowling

RCB vs KKR: Duplessis won the toss for RCB, Kolkata will bat first