These two players who rocked the IPL, return to the Sri Lankan team, will play against Australia
Advertisement 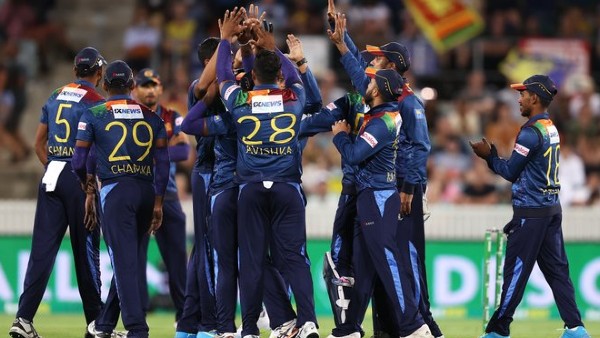 Both the players rocked the IPL

Let us tell you that left-handed explosive batsman Bhanuka Rajapaksa and right-arm leg spin bowler Wanindu Hasaranga had performed brilliantly in IPL 2022. Both the players made significant contributions to their respective teams, due to which the Sri Lankan selectors have included them in the international team. Both these players have been selected in the 18-man squad for the series against Australia.

Hasranga and Rajapaksa’s performance in IPL

Let us tell you that Wanindu Hasaranga played for the Royal Challengers Bangalore team in the IPL. In this season, he has taken 26 wickets in 18 matches. He was just 1 wicket less than the Purple Cap holder. Hasranga took 5 wickets in the match against Hyderabad. Hasaranga played his last international T20 match on the tour of Australia itself. On the other hand, Bhanuka Rajapaksa, who played for Punjab Kings, played explosive innings in many matches. He scored 206 runs in 9 matches at an average of 22.89. This also includes the innings of 31 runs played in 9 balls against Kolkata.

This player of CSK was also selected

Let us tell you that another such player has been selected in the Sri Lankan T20 team, who was playing for Chennai Super Kings in IPL. The name of that player is Mathisha Pathirana. He is currently an under-19 player. Pathirana is called the Junior Malinga of the right hand. This time he made his IPL debut and in the entire season he could play only 2 matches and took 2 wickets.

Let us tell you that the T20 series between Sri Lanka and Australia is starting from June 7. After 7th, the remaining two matches will be played on 8th and 11th June. Australia team will come on tour of Sri Lanka.