'They used to force him to sit at home', Mohammad Kaif made a big disclosure about the management of KKR
Advertisement 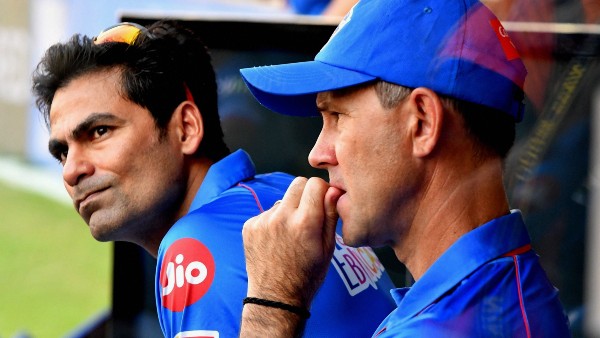 Mohammad Kaif has made a big claim about the team management of Kolkata Knight Riders and has made a big disclosure about the treatment done to the Indian leg-spinner Chinaman. Kuldeep Yadav is seen playing for Delhi Capitals in the IPL 2022 season, who took 3 wickets while bowling brilliantly in the team’s first match and led Delhi Capitals team to a 4 wicket victory against Mumbai. Kuldeep Yadav took 3 wickets for 18 runs in his bowling (Rohit Sharma, Anmolpreet Singh and Kieron Pollard). Emphasizing on Kuldeep Yadav’s performance, Kaif accused the KKR team management of being negligent in handling him.

It is noteworthy that Kuldeep Yadav was not seen playing much for KKR in the last few seasons, last season he did not get a chance to play in a single match during the entire season of IPL and his poor form was cited as the reason behind this. However, when he got a chance to return for Delhi this season, he made a tremendous comeback. Kaif gave the reason behind Kuldeep’s fall in form to the KKR team management.

Management used to force you to sit at home

Talking to Sportskeeda, he said, “Kuldeep Yadav has proved himself as a match winner but he is a player who needs to be managed well. He was feeling a little emotional and low right now as his previous team kept him out of the team without giving him a chance to bowl. The way he was treated during the captaincy of Dinesh Karthik and Eoin Morgan has hurt his self-confidence. KKR’s team management used to make him sit at home, did not even allow him to sit with the team. When you behave like this, even the biggest match-winners feel the pressure.

If self-confidence is weak, then form has deteriorated.

It is worth noting that even in IPL 2020, KKR’s team did not give much chance to Kuldeep Yadav in just 5 matches, in which he could take only one wicket. KKR’s team management’s lack of confidence in him was also reflected in his performance in the Indian team. Let us tell you that Kuldeep Yadav, who was the backbone of the Indian cricket team’s spin bowling from 2017 to 2019, could not get much opportunity in the last few years, although now he is looking to make a comeback. Kuldeep Yadav is the only player to have scored a hat-trick twice in ODI cricket.