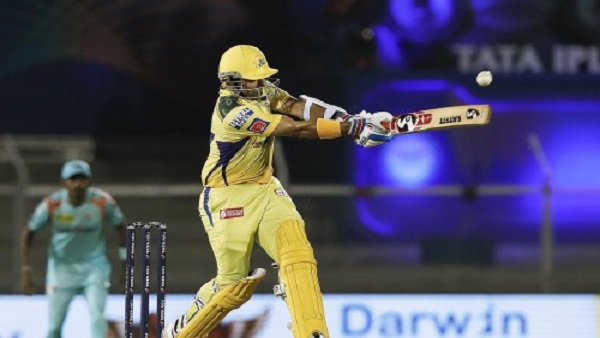 Uthappa was seen playing with his son

Actually, in the video Robin Uthappa is seen playing cricket with children in the corridor of the hotel. Uthappa is holding a bat in his hand and is playing with his left hand. And his son is bowling to him. A kid bowled off spin to Uthappa. The child who is throwing the ball to Uthappa in this video is his son, who is often seen playing cricket. After watching the video, many fans have praised the small bowler and said that his bowling is effective.

Robin Uthappa is the key player of Chennai

Let us tell you that Robin Uthappa has been associated with Chennai since last year. His batting has improved after coming to Chennai. After joining Chennai, Uthappa has become the main player of the team’s batting unit. Uthappa has replaced Suresh Raina somewhere in the team. Robin Uthappa has played good innings in many important matches in IPL 2021.

Robin Uthappa has not been in form for the last few matches but despite this he has been doing well in the season so far. He has scored 229 runs in 11 matches with the help of 2 fifties. However, his team is not in a good position in this tournament yet. Chennai Super Kings have won only 4 in 11 matches so far and the team is ranked 8th in the points table. The Men in Yellow have a mathematical chance of reaching the playoffs.

IPL 2022: Wicket drought for Bumrah continued for 7 matches, then made a big record of throwing the best spell of career