This decision proved to be wrong, Dhoni gave a big statement on Hardik's defeat
Advertisement 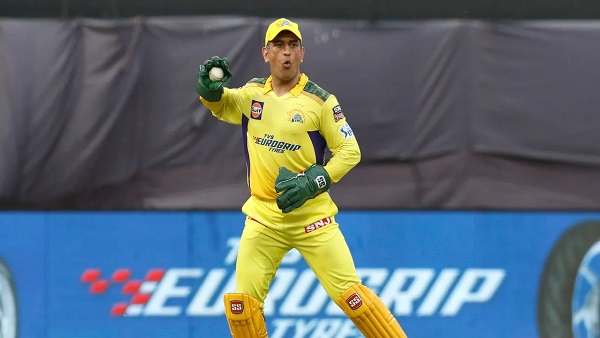 Mumbai The 62nd match of the Indian Premier League (IPL) 2022 was played between Gujarat Titans and Chennai Super Kings at the Wankhede Stadium. Fans expected that Chennai would end their journey with a win, but under the captaincy of Hardik Pandya, Gujarat easily piled up Dhoni’s team. Gujarat achieved the target of 134 runs from Chennai on the first ball of the last over of the innings. On the other hand, disappointed with the defeat, Dhoni, the captain of Chennai, gave a statement and told where he made a mistake.

IPL 2022: To consolidate Gujarat in the playoffs, then Chennai will go with the intention of ending with a win. oneindia hindi

Actually, Dhoni won the toss and decided to bat first, but his decision was proved wrong by the Gujarat bowlers. On the other hand, Dhoni himself admitted that after winning the toss, he made a mistake by choosing to bat first. Dhoni said, “It was not a very good idea for us to bat first. It was difficult to hit the fast bowlers on the pitch in the first half. Sai Kishore bowled well.” At the same time, Dhoni praised his fast bowler Mathisa Pathirana. “Pathirana also has the art of bowling slow and if he bowls fast consistently then he will find it difficult to hit. His action is like that of Malinga,” he added.

Ambati Rayudu also did not get the Macka against Gujarat. Overall, Chennai had made 4 changes in the playing-11 in this match. Regarding this, Dhoni said, “We will try to give opportunities to the people ahead.” Let us tell you that CSK had scored 133 runs for 5 wickets while playing first. Opener batsman Rituraj Gaikwad played an innings of 53 runs, which included 4 fours and 1 six. In reply, Gujarat chased down the target for the loss of 3 wickets. Wriddhiman Saha scored an unbeaten 67. He was awarded the Match of the Match award. This is Gujarat’s 10th win in 13 matches. At the same time, Chennai had to face the 9th defeat.

Profile: Know who are the badminton players who ended the drought of 73 years, how was the journey of Thomas Cup