This Indian cricketer came out in support of Rishabh Pant, said - any captain can make a mistake
Advertisement 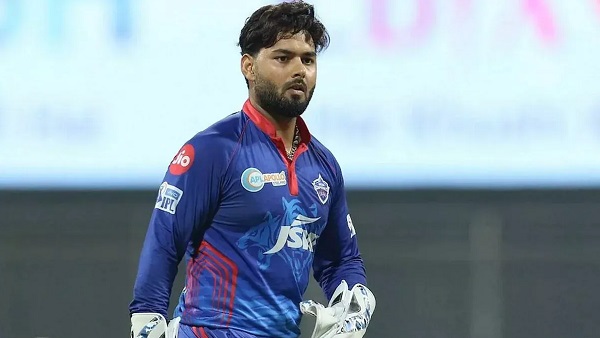 New Delhi . Delhi Capitals captain Rishabh Pant came under criticism when he missed a win against Mumbai Indians in the last league match due to some mistakes. Due to that defeat, Delhi could not reach the playoffs. Pant did not show faith in the DRS on the field. Tim David was out on the very first ball, as the ball took the edge of the bat, but Pant neither appealed nor took a review. Therefore, David played an innings of 34 runs in 11 balls to give victory to Mumbai. Pant faced many criticisms due to this mistake, but he has got the support of India leg-spinner Piyush Chawla.

Chawla has come out in support of 24-year-old Pant. Talking to ESPNcricinfo, Chawla said, “Pant is young and still learning a lot as a captain. Mistakes happen. Not only Rishabh Pant, any captain can make mistakes. He is special to the future and I am sure he will learn with time and experience. He is a street-smart cricketer who will improve as he moves forward.”

Also read- Virender Sehwag said – his price is low, he should get 14-15 crores

Pant scored 340 runs in IPL 2022 at a strike rate of over 150, but he could not score a single half-century in this scene, which happened for the first time in his seven-year-long IPL career. Pant was seen scoring runs fast at the crease, but was also seen getting out early. But Chawla believes that Pant’s batting is not getting affected by the captaincy.

Chawla said, “I don’t think captaincy affects his batting in any way. If the ball has to be hit, then even if it is the first ball, he will go after it. I don’t think captaincy has anything to do with it,” Chawla said. It had nothing to do with his batting performance in this IPL. I don’t even believe that his form was in bad shape. He was batting well but could not convert good starts into big innings. I will see him again in Delhi next year. I would like to see him captain.”

Hardik Pandya will captain the Indian team, know when he can get the responsibility