This player became a star because of Gautam Gambhir, was never in the news earlier
Advertisement 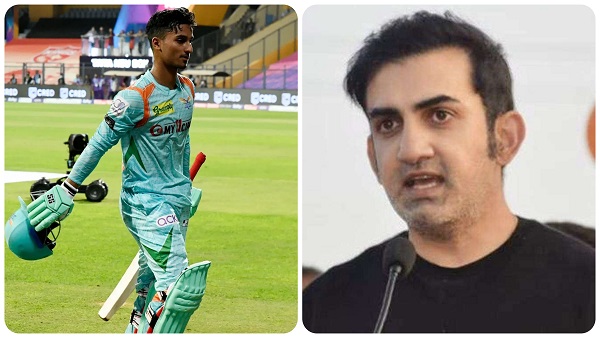 At one point, 4 wickets of Lucknow had fallen for 29 runs. There was a lot of pressure on Badoni then and he took his time in the beginning. However, the 22-year-old was well set up at the crease and played some brilliant shots including the trademark scoop on the wicketkeeper’s head. The right-handed batsman was not bothered by the situation and scored 54 runs in 41 balls, which included 4 fours and three sixes. Speaking to the media, he was quoted as saying by MSN.com that he credited his mentor Gautam Gambhir for his successful debut.

Badoni mentioned that he was unlucky to be dropped from the Delhi team and explained how he worked on his game in the meantime. He gave his name in the mega auction for the last three years, but did not find any buyer. The right-handed batsman thanked former Indian batsman Gambhir for his support and told how he gave him a lot of confidence. Badoni said, “I didn’t get a chance for Delhi. I raised my game, tried new shots, learned new shots and it helped me in T20 cricket. My name has been for three years. [आईपीएल नीलामी में] was coming, but I was left unsold. when my name [नवीनतम नीलामी में] This time it came out, so my heartbeat was fast.”

Got advice from Gambhir

He further said, “Gautam bhaiya backed me. He advised me to play only the ball and not the bowler. It gave me a lot of confidence. He told me to play my natural game, adding that the senior players match the situation.” That way, I could play freely.”

Sanju Samson roared like this in the first match of the last 5 seasons, see interesting figures