This player of PBKS arrived to play the match directly from the airport, hit a stormy century by hitting 9 sixes in 56 balls
Advertisement 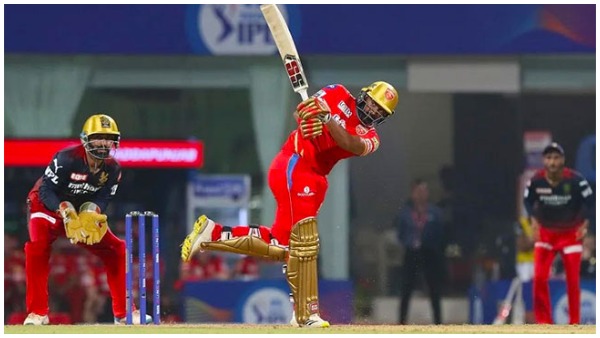 9 sixes in a century innings

Bhanuka Rajapakse scored 100 runs in 56 balls against Panadura Sports Club. Playing at number 5, the explosive batsman hit 9 sixes and 4 fours in his innings. His strike rate was 178.57. This is Rajapaksa’s first century in quick cricket. Let us tell you that he is captaining the Burger Entertainment Club in the Inter Club Tournament.

Burger Entertainment Club scored 175/5 in 20 overs on the back of his century. In reply, chasing the target, the team of Panadura Club could only score 134/5 and lost the match by 41 runs.

The bat spoke fiercely in the IPL

In the 15th season of IPL, Bhanuka Rajapaksa had rained heavily while playing for Punjab Kings. In 9 matches of the tournament, he scored a total of 206 runs at a strike rate of 160 and an average of 23. In 9 innings he scored 30+ 4 times. This was the first IPL season for the Sri Lankan batsman. In the mega auction, he was bought by Punjab for Rs 50 lakh. However, Punjab Kings failed to make it to the playoffs. The team played 14 matches and managed to win 7. The team had to face defeat in 7 matches. Mayank Agarwal-led Punjab Kings finished sixth in the points table with 14 points.

30-year-old Bhanuka Rajapakse is considered a T20 specialist player. In 18 T20 matches for Sri Lanka, he has scored 320 runs at an average of 27 and a strike rate of 136. In the T20 World Cup last year too, he scored 155 runs in 6 innings at a strike rate of 144. This year, the T20 World Cup will be played again on Australian grounds, where Bhanuka will have a big responsibility to perform well for his team.

‘I have no hand in his selection’, father gave a big statement on the selection of Umran Malik