This player played throughout the tournament, broke in the final, butler's heart was filled with heart-wrenching defeat
Advertisement 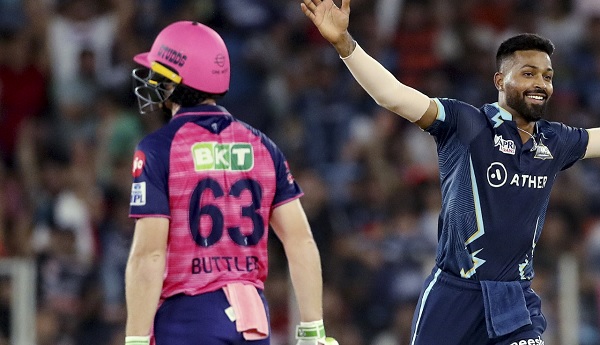 Butler got out when he had played 35 balls, this is the sad fact, he was sure to get a big score if he played more, but Butler scored only 39 runs and on Sunday 29 May at Narendra Modi Stadium against Gujarat Titans Lost the final of the Premier League.

Butler, who played a great season with the bat, scored 863 runs in 17 matches at an average of 57.53. He won the Player of the Tournament as well as the Orange Cap this season. A disappointed Butler spoke at the awards ceremony of the Indian Premier League and said that he was disappointed with the loss.

I lost a lot of finals in my career

“Disappointed – it’s completely natural. Unfortunately I’ve lost too many finals in my career,” Butler said at the awards ceremony.

However, he said that he played up to his expectations in this season of IPL with his 863 runs. These were the second most runs scored in a season in the history of the tournament.

that trophy we really wanted

Butler said, “Except for today I exceeded all my expectations because that trophy we really wanted. Disappointed with it. Many congratulations to Hardik and the team. They are deserving champions. My goal is to play my part for the team. You have to adapt yourself to the game. In good teams you have a lot of faith in everyone. We have a lot of confidence in everyone in our team. So grateful for the opportunity to play today.”

Use this experience to grow

Man of the Series Butler continued, “Today has been an amazing opportunity, a wonderful tournament. After spending two years without crowds, it has been a very special thing to come and play here. And all the youngsters on our team. experience, use the heart that is broken today to move on for the rest of your career.”

Rajasthan Royals made it to their second final in the history of the franchise, but lost to Gujarat Titans. Gujarat were playing in front of their home fans and defeated RR for the second time in a row. David Miller was a killer once again. If Rajasthan were to win the trophy, they had to beat GT in the first qualifier itself as the chances of RR were very good there but Miller was defeated there too. In the final match too, Titans restricted Rajasthan to just 130 runs in the first innings and then chased them down with seven wickets to spare.

IPL’s big season ends, many players left an impression, which star got which award

While taking the IPL trophy, Hardik Pandya did something that Dhoni remembered, won the hearts of the fans