This premium smartphone of Xiaomi is getting a huge discount of Rs 10000, know the details of the offer
Advertisement

Launch date and price information of Nothing Phone (1) revealed, will be launched on this day

Realme Narzo 50 5G Review: Powerful in the budget with a powerful battery 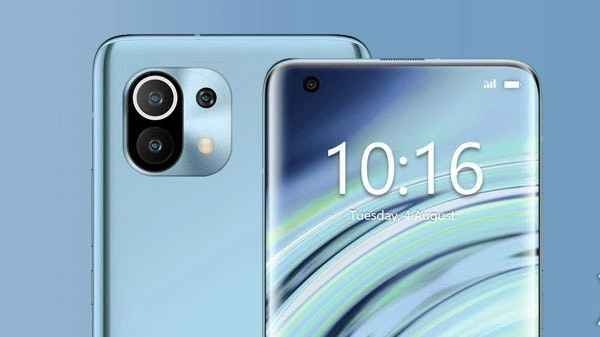 Xiaomi is selling last year’s flagship Mi 11X Pro at the lowest price in India. The smartphone was launched last year for Rs 39,999 for the base variant with 8GB of RAM and 128GB of onboard storage. But it can now be purchased at Xiaomi India‘s Mi Fan Festival for Rs 29,999.

Yes, Xiaomi, one of China’s top smartphone companies, has reduced the price of the phone to Rs 34,999. On top of that, customers can also avail an additional benefit of Rs 5,000 with the Mi Exchange program. Thus, right now this phone can be bought for just Rs 29,999.

The phone comes with the Snapdragon 888 SoC and even though it was launched in April last year, it is a great device for anyone in the market for a flagship phone, especially at this price. It becomes an even better deal when you compare the Mi 11X Pro with the Xiaomi 11T Pro, which was launched earlier this year. On the other hand, the latter smartphone comes with Snapdragon 888 SoC and also has a 108-megapixel main sensor.

Should you buy the Xiaomi Mi 11X Pro smartphone?

Now the question comes in the mind of people whether we should buy Mi 11X Pro from Xiaomi or not because even after this many phones have come out and one of them is 11T Pro. As we mentioned above, there are very few differences between the two devices and the 11T Pro costs Rs 10,000 more. If you compare the Mi 11X Pro with the Snapdragon 8 Gen 1 processor phone, there is only a minor difference in performance.

What are the features and specifications of Xiaomi Mi 11X Pro

The Mi 11X Pro is just 7.8mm thick and weighs just 196 grams. At the same time, the phone has also been given IP53 rating for dust and water resistance.

Coming to the camera department, the Xiaomi Mi 11X Pro comes with a 108MP primary camera sensor at the back, an 8MP ultra-wide angle secondary camera sensor, and a 5MP triple tele-macro camera lens.

Talking about battery backup, 4520mAh battery has been given in the phone. And for charging, it has 33W charging support. So well, if you also want to buy a premium flagship smartphone with such a huge discount, then now is your best chance and you can buy Mi 11X Pro with a huge discount of Rs 10000.

In the summer season, your phone is too hot, so follow these tips

Who is calling you, check online with these apps and websites