This weekend will be full of entertainment, see the complete list of films released on OTT
Advertisement 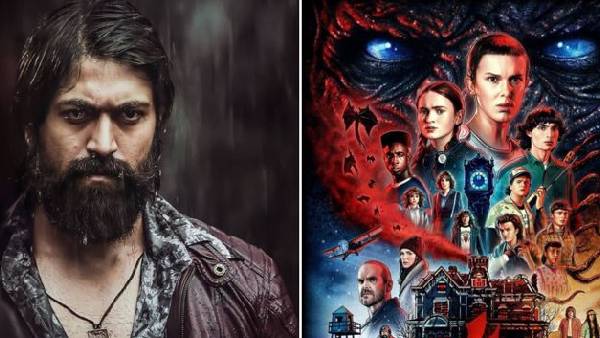 Heropanti 2 is coming on Amazon Prime Video. Tiger Shroff, Tara Sutaria and Nawazuddin Siddiqui are going to be seen in important roles in this film directed by Ahmed Khan.

Everyone was very excited to see South Superstar Yash’s blockbuster film ‘KGF Chapter 2’. Even now there are many people who could not see this film on the big screen. In such a situation, now you can enjoy this film sitting at home. This film with tremendous action and style has been released on the OTT platform Amazon Prime.

Actor John Abraham, Jacqueline Fernandez and Rakul Preet’s film Attack Part-1 is coming. In this, John will be seen playing the role of a technically advanced soldier. The film was released in theaters in April. Now it is being streamed on Zee5.

Stranger Things is coming back for its fourth season on Netflix soon. The makers are going to release the season 2 of this series in volume 2, the first volume of which is going to be streamed from May 27. This volume will have five episodes, featuring Jim Hopper, Young Eleven and the rest of the gang.

Rakhi Sawant was given a house in Dubai by new boyfriend, this demand in return

Ranbir and Shraddha will be seen in Luv Ranjan’s next film, the shooting of the film is getting delayed