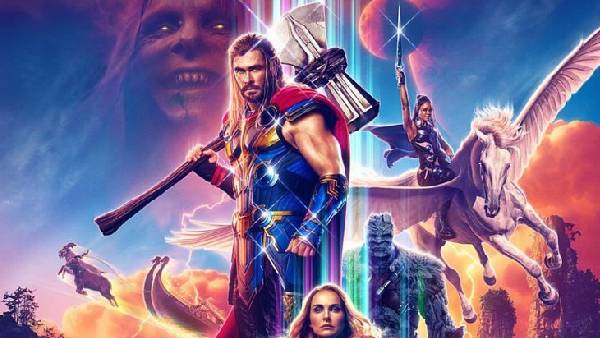 The recently released Marvel Studios’ Doctor Strange in the Multiverse of Madness has once again proved that Marvel’s fans are spread all over the world. The madness of people towards the film is clear proof that people are very excited for Marvel. Marvel Cinematic Universe is once again bringing the fourth part of its 2011 film ‘Thor’ ‘Thor: Love and Thunder’. After sharing the first look of the film recently, the makers have also launched the first trailer of the film, in which Thor has once again returned to his old form to protect everyone.

Fans got excited after seeing the trailer

The trailer of ‘Thor: Love and Thunder’ is two minutes long. In this two-minute trailer, ‘Guardian of the Galaxy’ fan favorite character Korg follows the story of Thor’s adventures. He tells the children what happened in the life of Thor, the god of lightning. He also tells the children about Thor’s transformation from his love life. After this, a glimpse of the villain ‘Gore’ of the film is seen in the trailer. The villain looks quite creepy. Vilane vows to destroy all the gods. This is followed by the entry of Jane Foster, which shocks everyone. She will be seen in the role of Mighty Thor in the film. It depicts his fight with Thor. After the trailer is out, one thing has become clear that the audience will get to see a lot of action along with emotion in the film.

‘Christian Bale’ will be seen as a villain in the film. Bale’s dangerous form is going to increase the excitement of the audience about the film. How will ‘Thor’, the god of lightning, face such a dangerous villain. Interested to see the trailer. The villain, with his skeleton-like white skin and a menacing voice, vows to destroy the gods.

IPL 2022: Get ready for the closing ceremony, these stars will perform well