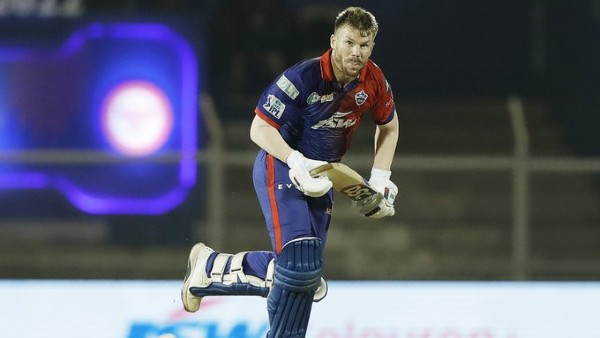 New Delhi. The 50th match of the 15th season of the Indian Premier League is being played at the CCI Stadium in Mumbai, where the Delhi Capitals team is facing Sunrisers Hyderabad. This season is the first and only match being played between the two teams, both the teams will not face again in the league stage, while former Sunrisers Hyderabad captain and Delhi Capitals opener David Warner is playing against his old team for the first time. Get down Talking about the team of David Warner and Sunrisers Hyderabad, seeing what happened last season, it can be said that both of them have a break up.

After joining Sunrisers Hyderabad in 2014, David Warner performed consistently and contributed significantly to the team reaching the final twice. During this, he also won the title once for the Hyderabad team, however, when he was struggling with his form last season, the Hyderabad team cut him off and took him out of the captaincy during the first leg, and two matches after the second leg. He was dropped from the team.

Read more: ‘Now every bowler is licking the dust’ for Kohli, the Caribbean legend expressed concern about the form

About what happened between David Warner and Sunrisers Hyderabad team, only the management and this player know the whole thing, but since this break, the fans were waiting for the match of both, how Warner performed against his old team. We do. However, when David Warner came out to bat on Thursday, he scored the fourth half-century of the season and the 54th half-century of his IPL career, batting in a swashbuckling manner. His fans are doing this style with the song ‘Thukra Ke Mera Pyaar Mera Intakam Dekhgi’ from actor Rajkummar Rao’s film.

David Warner completed his fifty against Sunrisers Hyderabad in just 34 balls and hit a four off Umran Malik to complete the 50th run. Warner’s bat has made a lot of noise at Brabourne’s ground and this is his third consecutive half-century at this season this season. Warner had played an innings of 61 runs in 45 balls while playing against Kolkata Knight Riders at the same ground, while there he played an unbeaten 60 runs in just 30 balls against Punjab Kings. In this match, Warner played the biggest innings of this season for Delhi Capitals, scoring an unbeaten 90.

Got the team out of trouble with constant partnerships

The match did not start well for Delhi Capitals and they lost the wicket of Mandeep Singh without scoring any runs in the first over, but after this David Warner first shared a 37-run partnership with Mitchell Marsh (10), So there was a partnership of 48 runs with Rishabh Pant (26). After Pant was put on the plaid off Shreyas Gopal, Warner continued to lead the innings and stitched a century partnership with Rovman Powell to complete their respective half-centuries to take the team to a score of 207 runs. Both the batsmen shared 122 runs in 66 balls for the fourth wicket.

For Delhi Capitals, two figures were seen in this match for the first time in this season. While David Warner scored the biggest innings of this season for Delhi Capitals, Rovman Powell became the first batsman to score a half-century in addition to the openers for Delhi this season. Powell completed the first half-century of this season by hitting 6 sixes in just 30 balls. Rovman Powell scored an unbeaten 67 off 35 balls with the help of 3 fours and 6 sixes, while David Warner also scored an unbeaten 92 runs in 58 balls with 12 fours and 3 sixes. Due to the important innings of both the batsmen, the Delhi Capitals team scored 207 runs for the loss of 3 wickets and became the third team to cross the 200 mark for the third time this season.

Umran Malik bowled the second fastest ball in IPL history, know whose name is on the first position

‘He talks to the owner and the groundman in a similar way’, Sanju Samson is convinced of the legend of India