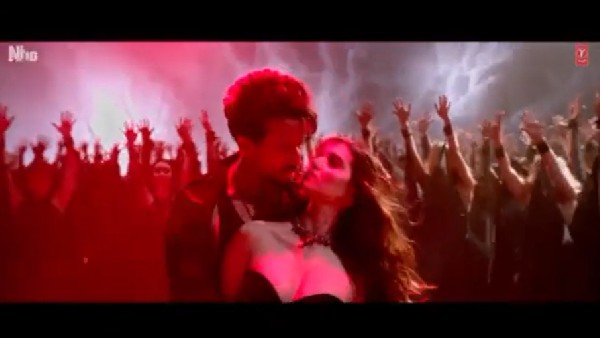 Bollywood actor Tiger Shroff will soon be seen in his upcoming film Heropanti 2. The action-packed film will release on April 29 at the box office. Meanwhile, a song from the film ‘Jalwanuma’ has been released. The film has music by AR Rahman. At the same time, this song is sung by Javed Ali and Pooja Tiwari. People are liking the songs a lot.

Tiger-Tara will be seen together for the second time

This is the second time that Tiger Shroff and Tara Sutaria will be seen together in a film. Earlier, both were seen sharing the screen together in Student Of The Year 2.

Released in the year 2019, this film could not show anything special at the box office. Although people liked the songs of the film a lot.

Recently the trailer of Heropanti 2 was released. Which people liked a lot. The trailer of the film has been viewed six crore 10 lakh times so far. Seeing the tremendous action of Tiger in the trailer, people are eagerly waiting for this film.

Let us tell you that Nawazuddin Siddiqui will be seen in a negative role in this film. In the film, he is playing the character of a man named Laila. Heropanti 2 is directed by Ahmed Khan. Earlier he had made Baaghi 3.

These superstars including Salman Khan and Chiranjeevi will launch the teaser of Kicha Sudeep’s Vikrant Rona!

Now Abhishek Bachchan has spoken on ‘The Kashmir Files’, another name has increased in the list!