To win the elections, BJP had reduced the prices of petrol and diesel, now they are telling lies- Mallikarjun Kharge
Advertisement 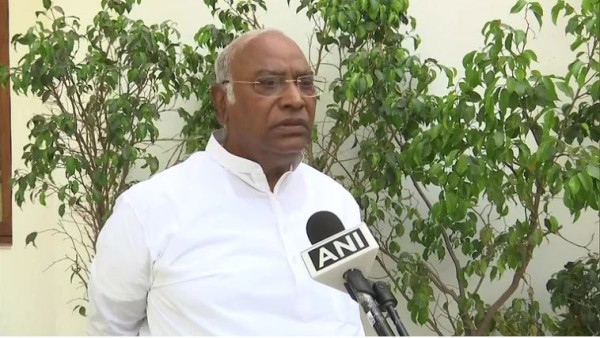 New Delhi, 30 March. Senior Congress leader and Leader of Opposition in Rajya Sabha Mallikarjun Kharge on Wednesday hit out at the Center over the hike in petrol and diesel prices. He said that the government had deliberately reduced the prices to win the elections.

Will picket at Vijay Chowk over rising fuel prices

He said reducing fuel prices was part of the BJP’s strategy to win the elections. Now they are compensating by raising prices under the guise of the Russia-Ukraine crisis. That’s a lie. Tomorrow on 31st March, we will hold a dharna at Vijay Chowk against the hike in fuel prices.

what is the last date for this robbery

Let us inform that on Wednesday, the Congress strongly targeted the central government over the ever-increasing fuel prices and called it extortion of the Modi government. Taking a jibe at the BJP government, party general secretary Randeep Surjewala said in a tweet – Daily extortion by the Modi government on the budget of the common man… daily extortion continues. He said that the prices of petrol and diesel have been increased for the eighth time today. Is there an end date for this robbery? Is the PM not accountable to the people? Is there any answer?

Fuel prices increased for the first time this year on Tuesday

Another explosion on the Sun, a geomagnetic storm will hit the Earth on this day, the speed will be 21,85,200 km per hour

What is a Hydrogen Car? Riding on which Nitin Gadkari reached Parliament