Today 'The Kashmir Files', which spread hatred in the country of 'Amar Akbar Anthony', is getting tax free: Tharoor
Advertisement 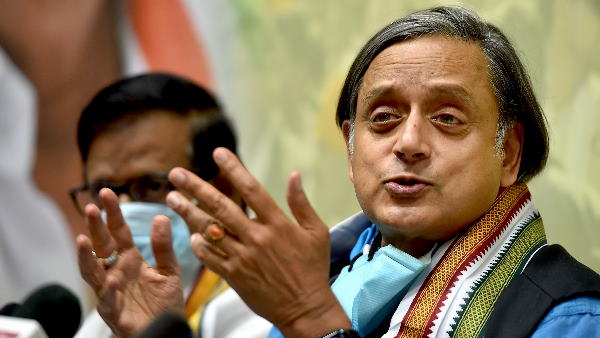 New Delhi, March 29. The politics of ‘The Kashmir Files‘, a film about the exodus of Kashmiri Pandits, continues. The film has got strong support from BJP. This film has been made tax free in many BJP ruled states. In such a situation, veteran Congress leader Shashi Tharoor has targeted the BJP regarding this.

Shashi Tharoor has tweeted that there was a time in the country when the advocates of national integration waived off entertainment tax for films like ‘Amar Akbar Anthony’ and today is a time when a film that spread hatred and divisive. ‘The Kashmir Files’ is being made tax free.

Yes, let us have no doubt that tax incentives reflect the direction in which the government wants our society to go. “National integration” advocates waived entertainment tax for “Amar Akbar Anthony”, the abettors of disintegration & disharmony waive it for “Kashmir Files”.

‘Riot films are being tax free’

Let us tell you that the film Amar Akbar Anthony, made in 1977, was one of the most popular films in Indian film history. Vinod Khanna, Rishi Kapoor and Amitabh Bachchan played lead roles in this film. Hindu-Muslim unity was shown in this film. Produced by Zee Studios, “The Kashmir Files” depicts the exodus of Kashmiri Pandits. It depicts the killing of Kashmiri Pandits by Pakistan-backed terrorists. There is also a lot of controversy about this film.