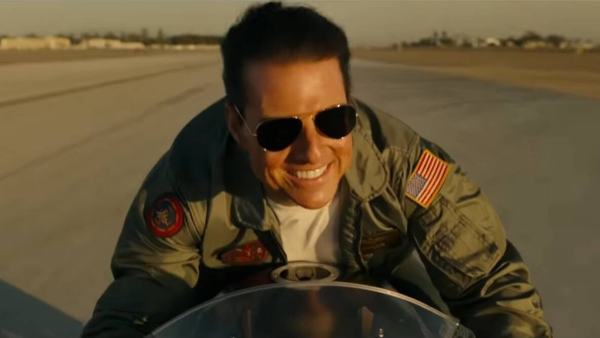 Top Gun: Maverick
has finally hit the theaters on May 27, 2022, 36 years after the release of the original film. The leading star took to his Twitter account to express the excitement for the same and said that he hopes fans will enjoy the film. It also stars Jon Hamm, Jennifer Connelly, Miles Teller, Glen Powell, Monica Barbaro, Greg Tarzan Davis, and Jay Ellis in lead roles.

Sharing his excitement over the release of the sequel, Cruise wrote, “36 years after the first film, #TopGun: Maverick is finally here. We made it for the big screen. And we made it for you, the fans. I hope you enjoy the ride this weekend.”

The film brings back Tom Cruise together with his passion for flying. According to recent reports, the actor had insisted that all the cast members portraying pilots on the film must fly in one of the fighter jets built by Boeing Co. The report also claimed that the studio paid approximately $11,374 an hour to use the advanced fighter planes.

Cruise who had also flown a jet for the original

Top Gun,
said the actors should understand what it feels like to be a pilot operating under the strain of immense gravitational forces. However, Pentagon regulation barred the actors, in this case non-military personnel, from controlling a Defense Department asset other than small arms in training scenarios. Instead, the actors rode behind the F/A-18 pilots after completing required training on how to eject from the plane in an emergency and how to survive at sea.

The movie has garnered a lot of buzz and is also expected to be a hit at the box office worldwide. According to reports, the film is expected to open at $100 million in the US alone. Top Gun: Maverick is directed by Joseph Kosinski.