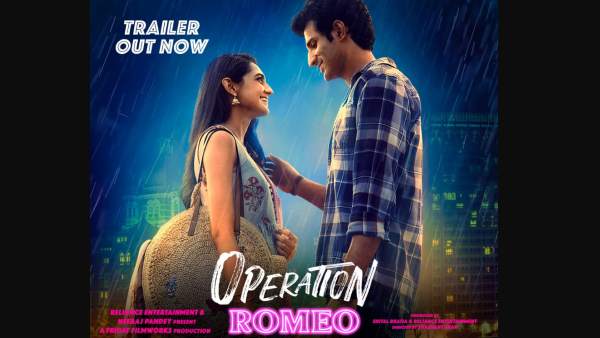 “Operation Romeo” is scheduled to release in theaters on 22 April 2022. Friday Filmworks and Reliance Entertainment Production, this film is Neeraj Pandey and Sheetal Bhatia’s sixth film with Reliance Entertainment. Together they have given tremendous hits like ‘Toilet – Ek Prem Katha’, ‘Rustom’ and ‘Naam Shabana’.

The trailer of the film was launched yesterday. The Hindi remake of Malayalam hit, ‘Ishq: Not a Love Story’, ‘Operation Romeo’ is a love story. The film is directed by Shashant Shah. The main characters are Siddhant Gupta, Vedika Pinto, Sharad Kelkar and Bhumika Chawla.

‘Operation Romeo’ encapsulates the apprehensions and problems faced by young couples across the country due to the threat posed by moral policing. Incidentally, the film is inspired by a true incident that happened in the life of the original filmmaker, Anuraj Manohar, and it inspired him to make ‘Ishq’.

Director Shashant Shah said, “As a filmmaker, nothing could have been better for me than Operation Romeo. I am really looking forward to its release! You all must watch this film in theaters on 22nd April.” “

Neeraj Pandey said, “At Friday Filmworks, we are committed to telling good stories and delivering engaging content. Operation Romeo is a film that has a strong timeline that will resonate with most young adults. Based on a true incident. This unique drama thriller is a story that deserves to be told globally to all generations!”

Producer Sheetal Bhatia added, “It is always wonderful to work with our long-term partner Reliance Entertainment. With ‘Operation Romeo’ we wanted to begin our journey of theatrical release and bring to the fore an issue that would Relate everyone. I hope the audience will love the work behind this by our director Shashant Shah. Our young debutants Siddhant and Vedika have excelled with the unique Sharad Kelkar, Kishore Kadam and Bhumika Chawla. This is our Strongly believe that this film will be loved by the youth of India.”