Traveling on National Highway will be expensive from April 1, NHAI hikes toll tax by 10 to 15 percent
Advertisement 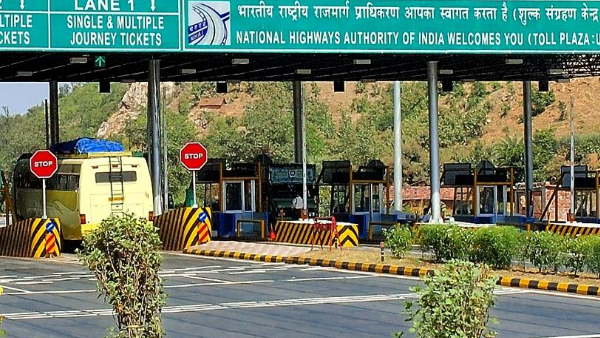 Delhi, March 31: After the increase in the prices of LPG, petrol and diesel, now more expenditure on your pocket is going to increase. Yes… the National Highways Authority of India (NHAI) has increased the toll tax by an additional 10 to 15 percent. The rates of which will be applicable from 12 o’clock tonight. After the increase in toll tax, now you will have to pay an additional charge of Rs 10 to 65 for traveling on the national highway. So at the same time, the free service of Delhi-Meerut Expressway will also end from April 1 and vehicles passing through there will have to pay toll tax.

The National Highways Authority of India (NHAI) has increased the toll tax by Rs 10 to 65. It has been increased by Rs 10 to 15 for small vehicles while Rs 65 for commercial vehicles. The revised toll rate will be applicable on the National Highway from 12 o’clock tonight. Toll for cars and light motor vehicles on Delhi-Meerut Expressway between Sarai Kale Khan and Kashi toll plaza has been increased from Rs 140 to Rs 155.

Along with this, the new rates from Sarai Kale Khan to Rasulpur Sikrod Plaza are Rs 100 and to go to Bhojpur is Rs 130. Now the burden of this toll will also fall on the common man, because toll will also be taken from the buses going on this road. Due to which the fare of buses can also increase which will directly go to the pocket of the common man. So there, if we talk about Lucknow, the capital of Uttar Pradesh, at present 6 national highways are connected to Lucknow. Toll is not applicable on one of these Hardoi Highway.

At the same time, there will be a change in toll rates on Sitapur Highway from October. But to go to Kanpur, Ayodhya, Rae Bareli and Sultanpur, toll tax will have to be paid more. The new rates will be applicable from tonight. On the Lucknow-Rae Bareilly highway (Dakhina Sheikhpur Plaza), now a small private vehicle will have to pay Rs 105, while for a bus-truck two axles Rs 360. Similarly, on the Lucknow-Ayodhya Highway (Nawabganj Plaza), now a small private vehicle will cost Rs 110, while a bus-truck with two axles will have to pay Rs 365.