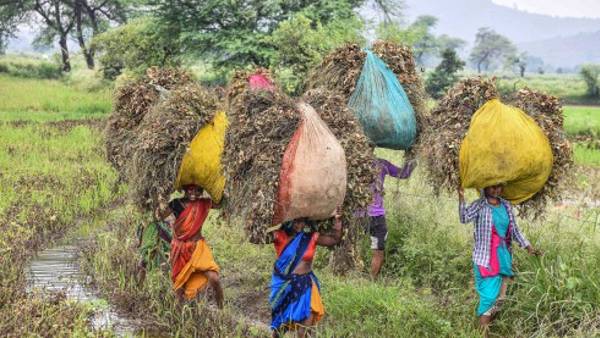 Bhubaneswar:
The tribal families of Odisha are fighting their battle against malnutrition. There were many such families in Kandhamal, who used to eat rice with no green vegetables, but now they have made a garden behind their house, where they grow vegetables along with fruits. One of them is 35-year-old Lima Manjhi, who has grown 14 types of fruits and vegetables in her 300 square feet garden in Sushabhata village of Kandhamal, including bitter gourd, beet, cucumber, pumpkin, drumstick, tomato, coriander, radish, Gourd, Brinjal and Chilli.

Manjhi, who belongs to the Kondh tribe, said that I have also planted guava, banana and papaya trees. Not only does it give us more nutrition, but we also save money on vegetables. Many villagers like Manjhi in Tumudibandha block were unaware of the nutritional value of fruits and green vegetables. They often ate their staple rice without any green vegetables. The hilly area of ​​Kandhamal has a good number of drumstick trees, but the tribals did not know that its leaves and fruits could be cooked.

Manjhi started planting vegetables and fruits in 2017 after volunteers of the collective Jeevika Suraksha Manch, a collective of people working in Kandhamal, educated villagers about the health benefits of eating green vegetables and fruits and the importance of creating a kitchen garden. The Poshan Rasoi Udyan initiative, with additional support from Noida-based NGO, Atmashakti Trust, is helping rural communities grow vegetables at home in 267 villages of Kotagada and Tumudibandha blocks of Kandhamal district. So far he has assisted in the creation of more than 2,120 kitchen gardens, each growing around 13 to 17 types of vegetables.

Rashmita Patmajhi, 30, weighed just 45 kg two years ago. She felt tired all the time due to low hemoglobin. He told that I made a kitchen garden and also started eating fruits and vegetables. My weight is 49 kg now and now I have come to know the importance of nutritious diet.

The Odisha government’s official data in 2018 lists around 3,500 malnutrition deaths in Kandhamal in the last five years. The district has more than 53 per cent tribal population, making it one of the top communities reporting high incidence of malnutrition in the state. Odisha chapter convener Sameet Panda said undernutrition is more prevalent among tribals than other communities. In Odisha where 37.26 per cent of its population is deprived of nutritious food, there is a greater need for creating kitchen gardens, which will go a long way in securing the nutritional status for their families.