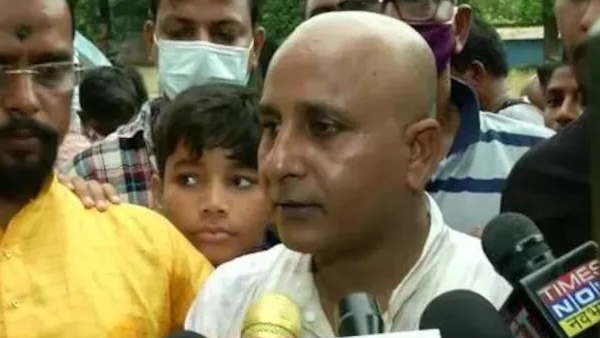 Agartala, 28 May: Former MLA Ashish Das has resigned from Trinamool Congress (TMC). On Friday, Ashish Das submitted his resignation to party chief Mamata Banerjee. Angered by the appointment of Subal Bhowmik as the party’s Tripura unit president, Ashish Das resigned and made several allegations against the TMC high command. By-polls to four seats are to be held in Tripura next month. In such a situation, the departure of Dalit leader Ashish Das is being seen as a setback for TMC.

Das, who was an MLA from Soorma assembly constituency in Dhalai district, said that when TMC came to Tripura, 80 per cent people were eager to join them. I too had joined the party but the TMC leadership does not give due respect to its leaders. Now it is not possible for me to be in this party. That’s why I resigned because I can’t let go of my self esteem.

Ashish Das had left the BJP and joined TMC in October last year. In January, Assembly Speaker Ratan Chakraborty had disqualified Das from the post of MLA for six years for alleged misconduct. Das will not be able to contest elections during this period.

By-elections to be held in June

Bypolls to four assembly seats in Tripura are to be held on June 23. Bypolls will be held in Agartala, Town Bordowali, Soorma and Jubarajnagar assembly constituencies. The bypolls are being held after the resignation of three BJP MLAs and the death of CPI(M) MLA Ramendra Chandra Devnath. Sudip Roy Burman (Agartala), Ashish Kumar Saha (Nagar Bordowali), Ashish Das (Soorma) have quit BJP and assembly membership following differences with former Chief Minister Biplab Kumar Deb. Debnath, MLA from Jubrajnagar assembly constituency, died in February. The counting of votes in these seats will be held on June 26.

Punjab: AAP’s government in question, Vading asked why there was a stony silence on Bhagwant Mann?